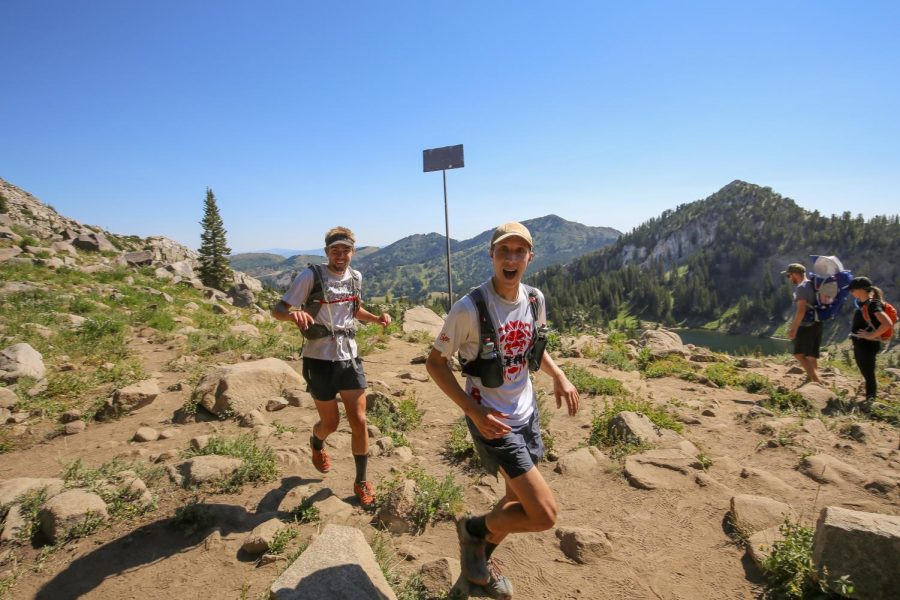 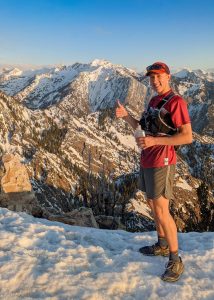 In the wake of the pandemic, many people found themselves with a lot of unanticipated free time this summer. I personally threw myself into many miscellaneous projects, with some hiking and climbing tossed in. University of Utah student Calvin Jiricko and Colorado College student Max Sandweiss used this opportunity to train for and attempt the Wasatch Ultimate Ridge Linkup, also known as the WURL. The WURL presents quite a daunting endeavor, boasting 36 miles and around 18,000 feet of elevation. This incredible line circumnavigates the Little Cottonwood ridgeline and hits 21 named peaks along with a handful of mini-summits. Finishing the WURL in one stretch itself is an impressive feat, but Jiricko and Sandwiess managed to complete it with a sub-20-hour time, clocking in at 19:26. I spoke with Jiricko and Sandweiss about their journey.

What was the most enjoyable part of training?

Max Sandwiess: My most enjoyable part is basic, but it was getting to be in the mountains for that much time. We would be up there for 12 hours a pop every other day. It was kind of a double-edged sword where I totally just shut myself off to a lot of other parts of my life, but at the same time, I didn’t really care because I was having so much fun.

Q: Did you feel like any of your training trips were harder than the WURL itself?

Calvin Jiricko: One of our training partners was like, here’s a good idea, let’s climb every 13’er in the state. The shuttle car for the Uintas took seven hours, and we planned on 65 miles over three days. Then, five miles in, I dropped a rock the size of a microwave on my foot, coming down from the first 13’er. I take off my shoe, and it’s swelling and bleeding. At that moment, I thought, if we evac[uate] now, we’ve wasted two days of planning, seven hours of driving, and I really want to finish this. So I taped my toe together to my other toe and took a ton of pain meds and finished the route. But that was horrible.

Sandwiess: I just don’t feel like I ever have to go back to the Uintas after that.

Q: Do you think you would have been able to do the WURL without training partners?

Sandwiess: I don’t think we would have been able to do what we did without the whole team. Cal was my main motivating figure by being this friend who introduced the WURL to me and keeping me psyched to train and wake up early. We also had two other partners that trained with us. Ries was the engine of the group. He consistently had the best attitude and when we were feeling slow, Ries would keep us going. Magnus was our master navigator, who literally knows the Wasatch and Utah better than USGS Topo people. I think my role was just to look pretty.

Q: What was your favorite section of the WURL?

Jiricko: Twin peaks to Cardiff pass in the first third of the WURL. It’s fun because there is quality boulder hopping and rock scrambling. You can flow quickly over semi-technical terrain, which was super fun.

Q: What was the hardest section of the WURL? Mentally or physically.

Jiricko: The last three to six miles as we got closer and closer to Lone Peak. If we really hustled, we might go sub 20. So we turn to each other and know we have to go into the pain cave for a couple hours. We start grinding to summit Lone Peak and ended insanely nauseous. But it’s all downhill from there.

Q: Did your finishing time shock you? Is another attempt for a faster time in the cards?

Sandwiess: I remember my mom at the end asking if we secretly thought we were going to get sub 20, but I was like no, this was a really big surprise. No, I’m not going to be doing it again. I know Calvin wants to, but I knew if I was happy with how I did it and my actual attempt, that was going to be it for me. And yeah, I was happy.

Q: What’s next?/ Do you have any future objectives?

Sandwiess: Calvin had this quote that he stole from someone else that we like repeated a lot. “You can have anything, but you can’t have everything.” If you are trying to do multiple things, at some point, you’re going to end up not really engaging as well as you could have. This is a big thing for me because I like to just be doing so many things at the same time, but I feel like I really have these breakthroughs in my life, like with the WURL, where I really buckled down and focused on something. I think that whatever I choose to focus on next, I’m just going to have to choose something. And if I use this superpower of being able to choose and focus on something, then I can do things so much better and have way more fun with it. 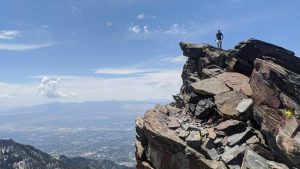