The Beauty in Darkness: Dark Sky Parks on the Rise 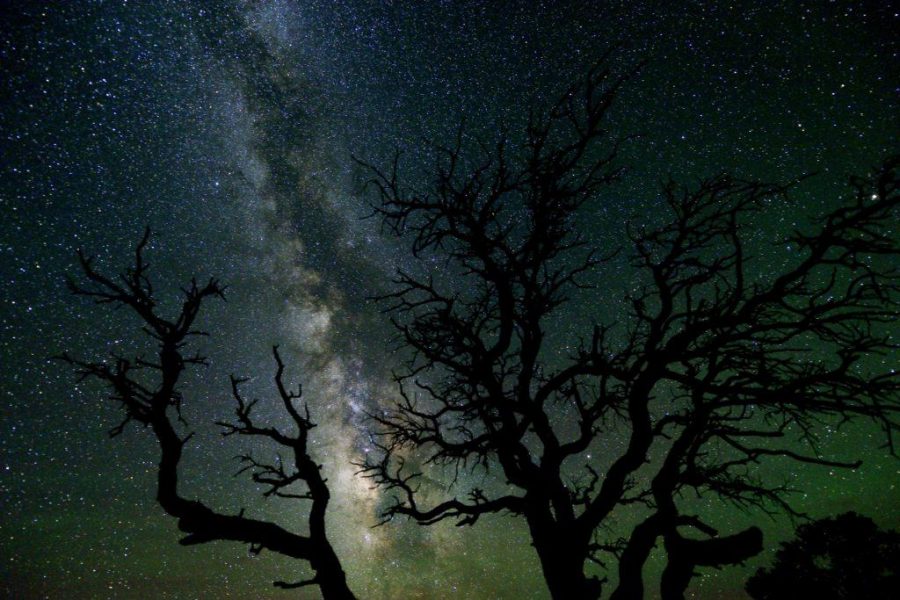 Peering up and seeing an obsidian sky splattered with stars winking back does something to you. It taps the natural explorer inside each of us on the shoulder, reminding us how little we’ve done while inspiring us to experience so much more. But as urban centers continue to explode in size, both geographically and in population, those city lights are slinking into dark skies people drive hours to find.

By changing outdoor lighting to face downward, reducing light wattage, and hosting interpretive programs both in the park and in surrounding towns, Goblin Valley is now the newest member of the Dark Sky Park club in Utah.

“It highlights our remoteness,” Martinez says. “It means we have very little light pollution, which means we have amazing night skies.”

Visitors know it. Just google “Goblin Valley night sky” and you’ll be awe-struck at just how bright the Milky Way can be. It’s impressive, but why are we so drawn to seeing these dark skies?

Kate Magargal, a PhD student in anthropology at the U and research assistant at the Rio Mesa Center, believes it has something to do with the universality of the sky and the quick connection everyone can have to it.

“It’s something that is really easy to grasp. You can be a person from a city and come out to a place like this and very tangibly notice the difference,” she says.

You don’t have to know a lot to appreciate the stars, yet everyone who sees them wants to learn more. Magargal learned about the poison of light pollution in our world as a physical science technician with the National Park Service, measuring light pollution and observing how that can negatively affect the national park experience for visitors. As a seasonal ranger at Bryce Canyon National Park, Magargal would run programs to observe the Milky Way, and visitors from Las Vegas or Phoenix would think it was a cloud because they had never seen it before.

“That was mind boggling to me,” Magargal says.

Magargal continues to do outreach and educate about the importance of dark skies at the U’s Rio Mesa Center in southeastern Utah. She’s since tuned her ears to the rising voices of scientists and health professionals showing the negative consequences of light pollution on our health, such as a decrease in the hormone melatonin as we sleep, which has a correlation to breast and prostate cancers.

Even trees and animals are affected by artificial light in their habitat. Deciduous trees drop leaves later in the season and fireflies are not able to signal each other to mate.
Eighty percent of the world’s population lives under skyglow (brightness of the night sky because of light pollution), according to a study published in Science Advances this past summer.

It’s no mistake that as research is performed and light pollution continues to rise, the National Park Service chose to write a document to promote dark sky preservation. In Utah, it’s worked.

Utah state parks are taking on the challenge, too.

“More people are learning about it, and more people are working to protect the night sky,” Martinez said. “It’s an important resource and a great source of inspiration.”