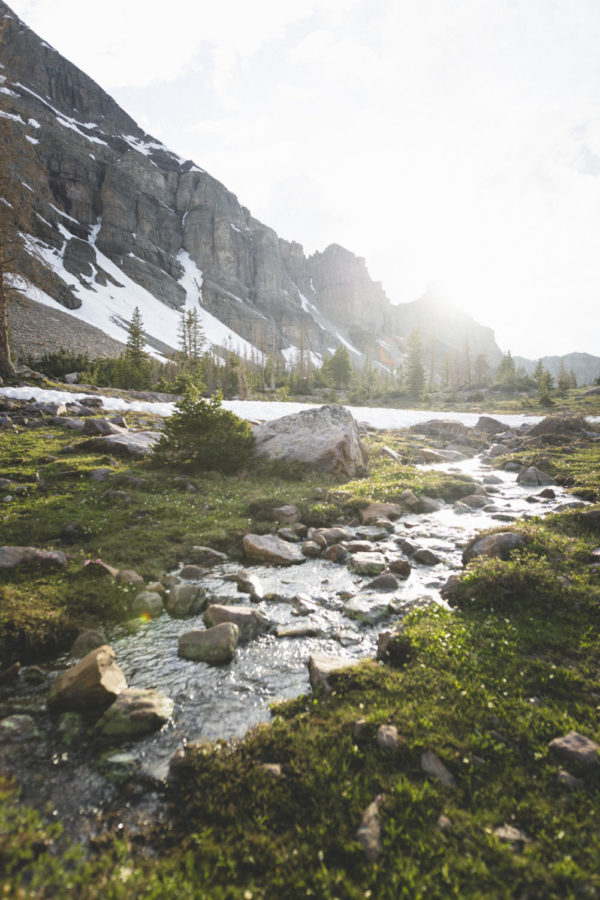 I became enamored with hiking after spending a year at sea level in a crowded city in northern France, where sunlight and green things were so rare it was as if a gray film was perpetually over my eyes. It was also the year I finally received mental health diagnoses and started taking anti-depressant medication — I couldn’t seem to make myself leave my dark room despite the truly endless possibilities that living in a new country presented me. With the help of my medication, I found new rhythms and ways of being, finding comfort and redemption in rebuilding myself in the immensity of the world. But just when I felt like I had settled into my tempo in a new place, my visa was up and I had to leave it behind to return to Utah. Salt Lake City had changed while I was gone. There were significantly more luxury apartments and far fewer close friends than I had when I left. I didn’t know which version of myself I wanted to be or which version of myself I even liked. I began to feel yet again stifled and alone in the city, falling back into old brain patterns, like traps I had set for myself. The city was different, and so was I, but the mountains still hugged the valley, and the landscape had remained constant. So, I found myself venturing into the verdant Wasatch whenever I could.

When I began hiking regularly, I went alone. It started that way because I didn’t really have people to go with, and I felt self-conscious about my fitness level. But as a result, I discovered the contentedness I felt in intentional solitude: the lack of a need to perform or out-perform, to provide compelling conversation through my heaved breathing, to be a better and cooler version of myself than I thought I was. Hiking has a sort of meditative repetitiveness to it. As you put one step in front of the other, your mind can hardly concentrate on much else than the cyclical rhythm of breathing in and out and the burning in your thighs. And, absent the stimulation of chosen human company, you start noticing the more-than-human community that surrounds you. I found myself frequently stopping to admire bumblebees landing on woods roses or scanning for a finch nest in the trees, sparks of joy that I now had the space to feel with my whole heart. 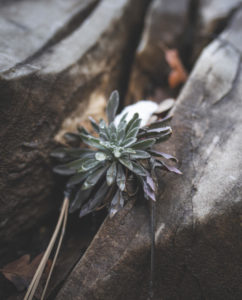 Hiking in the mountains was, for me, a sort of boundary-crossing into new territory that existed outside the suffering I had otherwise grown to hold within myself; going outside allowed me to walk unstoried ground, where I hadn’t built up layers of self-judgment. If my depression was a hole in the ground, then climbing mountains was one way out of it. The sheer expansiveness of the mountains, as I found myself thousands of feet in the sky, was more than a new perspective — it allowed me to find contentment in just being. The rocks, bugs, and wildflowers accepted me just as I was — so what was stopping me from offering the same compassion to myself?

I also found that my mind and body were stronger than I had thought. Much like the terrain of my mental health was something difficult I had to learn to traverse, so were these landscapes. With each successive step, I crossed flowing rivers, mounted steep inclines, and summited monumental peaks — journeys that took place both within physical nature and the metaphorical landscape of my mind. I started rewriting my own mental map, finding the routes that took me to places of contentedness.

Navigating the ups and down of mental health is a journey that I am still on and probably will be on for the foreseeable future — but regardless of where my journey takes me, hiking reminds me that there are so many things to admire along the way.