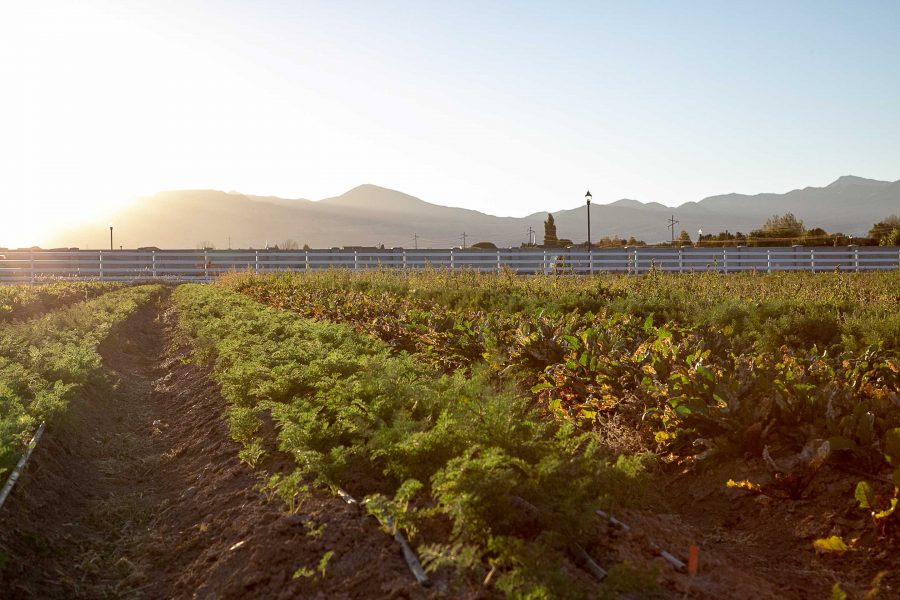 How do you connect with the outdoors? Your likely answer is probably through activities like hiking, camping, skiing, climbing, and biking. But have you ever considered that the connection to the outdoors could be made through the food you eat?

Life on the Farm

Farmer Luke at Petersen Family Farm is an outdoorsy guy, but credited farming as “the next level of outdoor life.” Rather than being an observer or participant in nature, Luke described farming and agriculture as a partnership between man and nature. “It’s the only production system that was not built by mankind. We screw with it, but it does what it is,” said Luke. 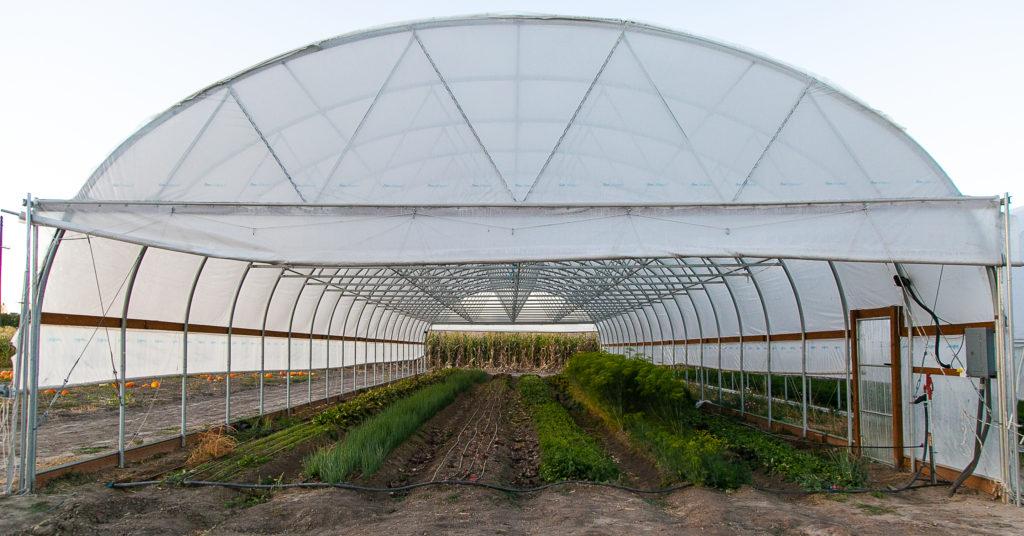 Luke is a fifth-generation farmer, but didn’t always grow produce. One day he told his wife they were going to grow veggies, “because people don’t eat hay,” laughed Luke. In all seriousness, he felt they needed “a product that was accessible to the community,” and eventually became what Petersen Family Farm is today: a diversified business centered around the farm and connecting communities of people to the food they eat—whether that’s through the market, events, summer camps, or the on-site preschool.

Petersen Family Farm “grows the rainbow,” and strives to grow food beyond what’s offered in the grocery store. “I think we miss out on some really special things,” said Luke, like lemon cucumbers and white beets, just to name a few. There are multiple species nature is capable of growing, if you give it the care and conditions it needs. “What you see in the grocery store is processed and sold for aesthetics, but doesn’t always taste the freshest,” said Luke. Instead, agribusiness started to grow, process, and ship things like tomatoes out of just a handful of states. 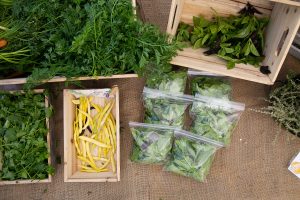 How often do you look at the tomato on your plate and consider where it all began? Have you ever traced it back to where it was planted, or how it was tended to, harvested, and transported? Have you ever considered how much time passed before you plucked the least bruised one out a perfectly stacked pile? The truth is, it can be incredibly difficult to really know where our food comes from. And it’s easy to mindlessly buy and consume. 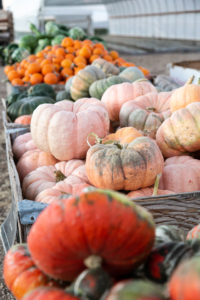 Local agriculture and farming seeks to bridge to disconnect that modern food production creates, by not only providing the freshest produce, but by reintroducing the power of nature into our lives in ways we often forget. It reminds us that food doesn’t come in boxes, bags, cartons, or covered in plastic. But that while growing food is science, it is nothing short of an art and a miracle—one that feeds and sustains us—the very sustenance that fuels our bodies and our adventures. It only seems fitting both we and our food are a little bruised and covered in dirt.

Rows of crops are grown year-round and surround the Petersen Farm market that is stocked with seasonal produce and other locally sourced meats and products. The farm is more than what it sells, though. There is a popcorn kernel ‘ball pit,’ a large observation beehive, a chili roasting station, plants growing on the window sills, and even kittens and goats lounging around.

While local farming and agriculture are essential for providing fresh fruits and vegetables, as well as stimulating local economies, they also exist as a place where people can develop a connection and appreciation for their food. 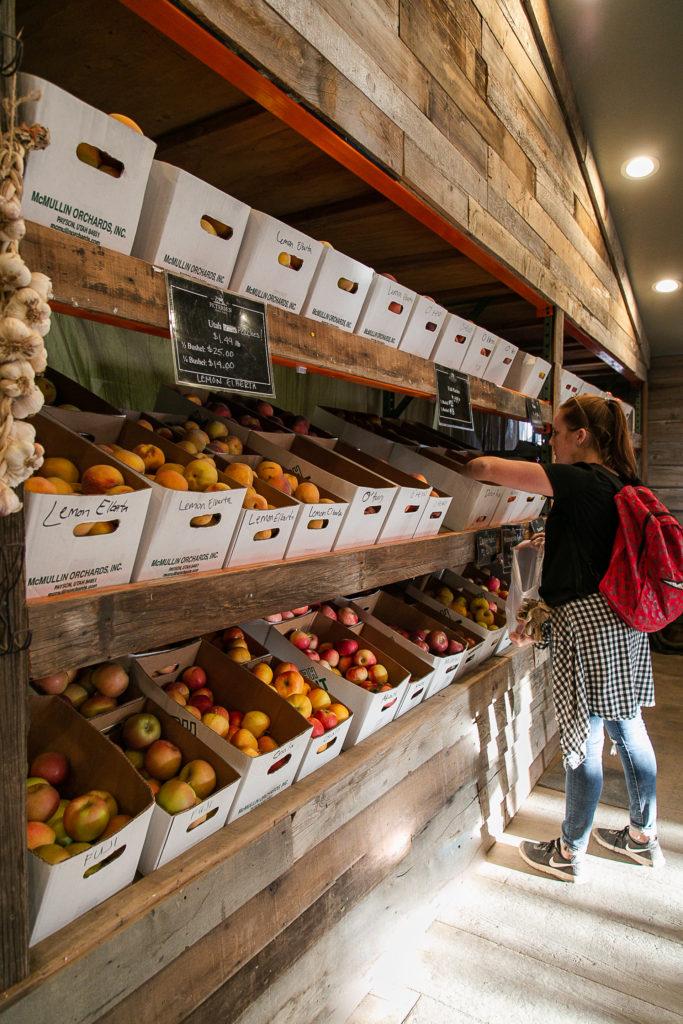 Before the market, Luke made his first sale in a wagon on the street, covered by an old blue janky Coleman pop-up. He paired his wagon with a handwritten sign reading ‘zucchini and beans,’ an old locked tool box from his childhood, and a note to pay on your honor. Since, it has grown and evolved into a community gathering place “where life happens,” said Luke.

From the dirt road to the restored wood, the farm radiates a historical charm and authentic frontier atmosphere that strives to share the simple beauty of life with others through agriculture and farming.

Places like the Petersen Family Farm are more important than ever. “A lot of other farmers are giving up,” said Luke, who definitely isn’t. It takes a lot to keep farms running, but Luke isn’t a “price-taker.” He sets his own prices to be accessible, because he’d rather “work hard for something, watch it grow, believe in it, and then share it with other people and watch them take it home.”

“It’s hard to quantify the benefits” of being on the land, said Luke. “But when you do it, you feel better. That’s the simple beauty of life, and I want people to experience that.” The land is beautiful, open, alive, and thriving— all things that benefit a community but that don’t generate a profit alone. While big real estate companies and developers are gunning for land zones for development— like Petersen Family Farm—it’s critical to support these cherished community assets

The edible, community campus garden invites any student or citizen to garden with the team. There are two vegetable gardens on campus, the Pioneer Garden that is between the Chemistry building and Pioneer Theater, and the Sill Garden, by the Sill Center (near the Student Union). The produce grown is sold at the campus store, at the U of U’s farmers market, to some of the campus restaurants like Burrito Baby, and is even donated to the Feed U Pantry on campus.

The donation goal is to deliver at least 300 pounds of fresh vegetables for student access, which includes “anything we don’t sell at the campus farmers market, but that is still edible,” said Jessica. Students can even take advantage of the produce pick up event every Friday, where students can pick up produce for free so it doesn’t go to waste. 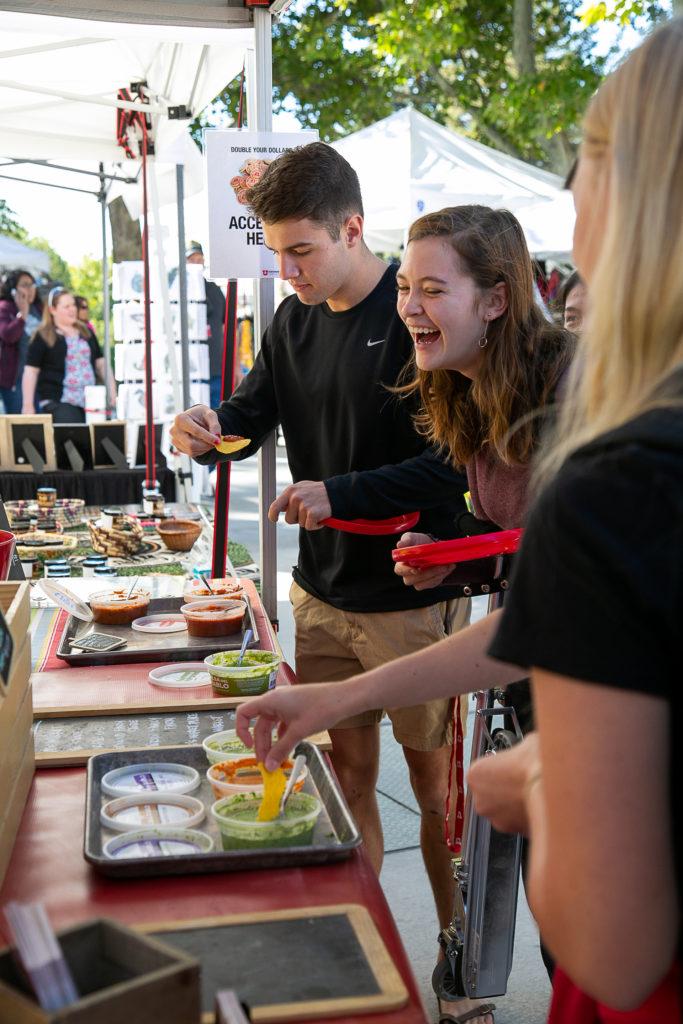 She also talks about the Real Food Challenge group on campus, who work to bring real foods on campus. “President Pershing signed a commitment in 2015 that by 2020, dining services would spend 20% of their budget on real food items. There are strict guidelines that quantify what real food items are in categories of humane, ecologically sound/fair, or local.”

Jessica sits on the Slow Food Utah Board, and is “hoping to start a slow-food chapter on campus this fall, to bring this larger food culture to campus.” The focus is providing fair, clean food that is accessible to all people. “It’s important that people are able to find it and afford it,” said Jessica—a sentiment she shares with Farmer Luke. A slow-food initiative exists to connect students to a type of food culture that helps them understand where food comes from, and helps develop a new relationship with food, combatting the “stereotype on campus that everyone eats ramen noodles,” said Jessica.

It can be a challenge for students on campus to find good food, although many might not even think about or understand what “good food” means. “Providing education and the literacy resources available for students to understand their food choices make a big difference for the environment, and that they can make a real conscious choice to use your dollars to make a vote on where you want your food to come from,” said Jessica.

Whether living on campus, on the farm, or around the Salt Lake valley, people are starting to change their relationships with food. “The healthy, local food movement has grown so much in the last couple years,” said Jessica. “I think climate change has pushed a lot of people to consider food. It’s a huge contributor to climate change and greenhouse gases from livestock, fertilizers going into the water from overproduction, and food waste.”

It’s hard to put a price tag on small-scale, local farming and agriculture these days. “It’s worth a lot of money. But it’s not about that. There are some things you don’t sell,” said Luke. “We are so consumed in the pursuit of more,” especially in the era of agribusiness. Instead, a small farm in the middle of town “creates presence,” and makes you feel like you’re a part of something, said Luke. “It creates something we can feel. It’s sensory. It’s grounding. It always changes. It’s living—even the soil lives. And when you’re surrounded by that much life, I think you can’t help but understand the life that is within you.”