From Two Planks to One: A Snowboarder’s Story of Learning to Ski 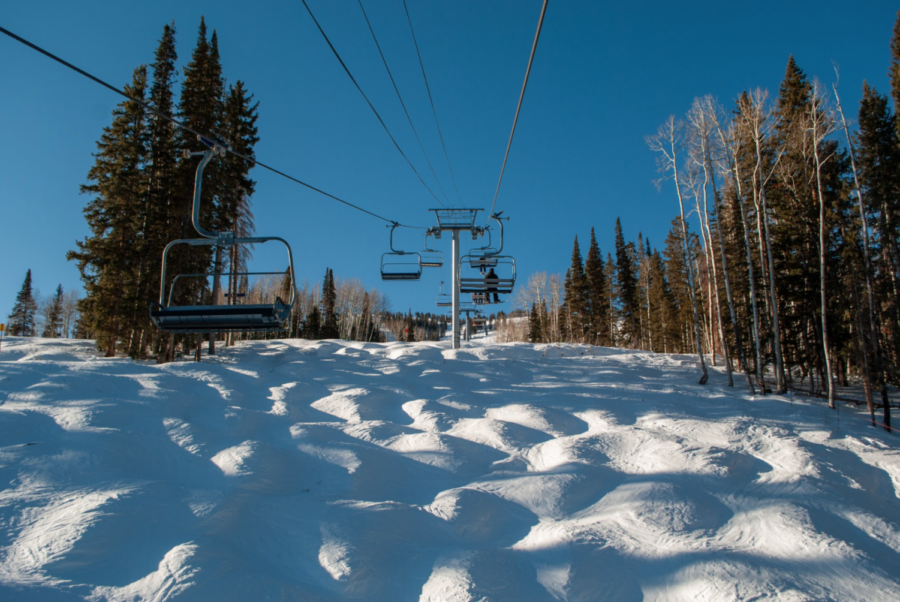 I still don’t know what drove 4-year-old me to make the decision I made. My dad skied, my mom too. My two brothers – one older and one twin – next to me on the hill in our childhood backyard shuffled downward on their tiny pairs of skis. Even our family dog was featured in old framed pictures in the basement, smiling next to my parents on their old-fashioned Telemark skis. Yet there I was, 4 years old and oblivious, sliding down that backyard hill on a plastic snowboard, my off-the-shelf snowboots velcroed into their bindings.

Maybe I just wanted to be different. Maybe my developing brain saw a picture of a snowboarder somewhere and latched onto it, the same way it latched onto paleontology and Hershey’s chocolate. Maybe my parents made the decision for me. Regardless, I grew up parallel to my siblings – perpendicular, I guess. Each Sunday morning, they were dropped off at ski school with twenty-something other kids on skis, while I was dropped off a bit further down the hill with the two or three other kids who had made the same choice I did. Their childhood photo albums filled up with crowds of smiling ski students, while my pages were filled with little ‘ol me on a snowboard – sometimes accompanied by a couple of other students, sometimes not.

Now I’m all for inclusivity on the mountain, and will always advocate for sharing the hill – regardless of whatever manufactured feud may exist between the two sports. But starting a few years ago, I began to feel the repercussions of the decision I made as a child. It started small at first – unstrapping my bindings on long traverses and shuffling after my friends, all far ahead of me. Then a few friends bought Alta-Bird passes, and I was left at home. The sport of skiing (and skiing alone) began to dominate my social circle, and I was left with a choice: continue snowboarding and spend some time alone, or make an unprecedented switch and pick up a new sport from scratch. If you’ve read this far, you can guess what I did.

The difficult part wasn’t learning the sport – I could pizza and french fry and pole plant all day if I needed to. The difficult part was staring up at the mountain from my perch on the bunny hill and dreaming of how I could be spending my time had I not made this choice (at that point I had been snowboarding for over a decade, and could freely roam the mountain). But I soldiered on, falling over more than I care to admit, until one day I moved off the bunny hill to the intermediate one, picking my way down blue runs. Then one day I skied my first black run and learned just how difficult it is to put on a ski mid-slope (turns out, way more difficult than I thought). Then I ventured away from the groomed slopes and watched from the ground as one of my two skis shot away from me down the slope, bouncing eventually out of the resort boundary and into the wilderness. But with the help of some resort staff, I soldiered on, and kept soldiering on, until one day I was able to keep up with my skiing friends … for the most part.

I began this mountain sport transition two or three years ago, and still consider myself to be mostly a beginner. I can get down most things, albeit not without struggle, and can imitate a good skier when I need to. And that’s really it. That’s my story … the main question remaining being this: why? Who cares? Why take however many hundred words to tell this story, to hope people will read it? Well, what I’ve walked away with – and what I hope you all will come away with too – is that learning how to ski taught me that it’s not a competition. In the intense slopes of Utah ski resorts, I often found myself striving to be better, to be the best, and having way less fun as a result. I felt that as a snowboarder among skiers I carried a responsibility to do my best skier impression all the time, leading to many frustrating days on the mountain. Taking the past few seasons to challenge myself with a new sport showed me that my reasons for heading up the canyon were all out of alignment. Skiing is really, really fun, and snowboarding too, and that should be the whole reason for getting in the car in the morning. I realized that this “rivalry” between sports was entirely in my own head and not at all the point of our sport. So that is what all of you skiers and snowboarders, all of you learners, and all of you readers, should take away from this story. On one plank or two, on snowshoes, on boots, whatever it may be, the mountain should be a place of enjoyment and nothing else. There’s no reason to drive down the canyon upset, and from here on out, I don’t plan on ever doing it again. 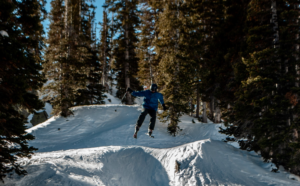