Hacky Sacking at the U 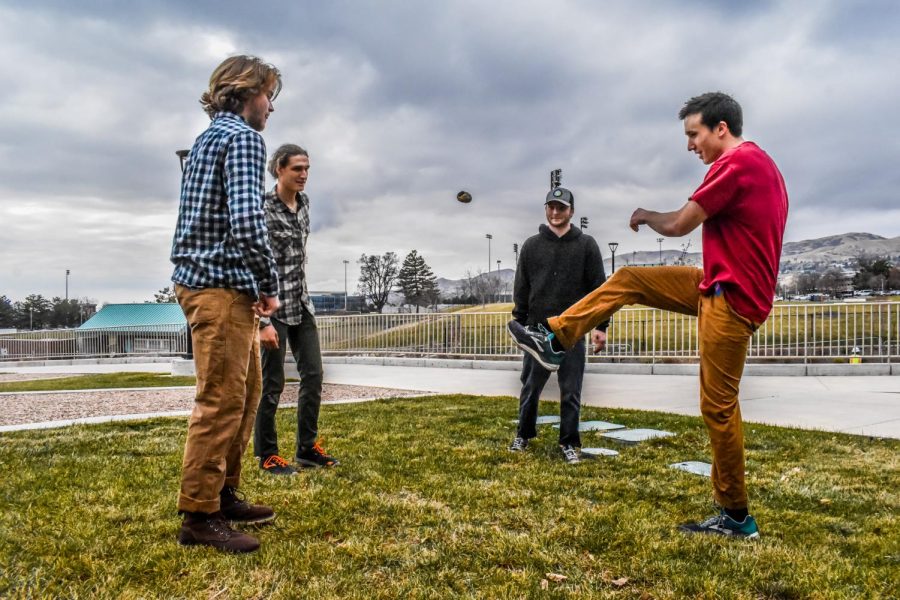 Photos by Julián Askov. University of Utah Hacky Sack club hackys it up outside of the Student Life Center.

A Society in the Making: Hacky Sacking at the U

From home, to classes, to the library and back home again. Life as a college student can become overwhelming, and finding time to get fresh air without losing several hours or an entire weekend is nearly impossible. Mountain bikes are expensive, hiking trails only exist off-campus and many sports are seasonal. Ideally, access to 15 minutes of fun would exist in the form of something cheap, portable and multi seasonal. Luckily, hacky sacks exist.

Hacky sacks (also known as foot-bags) are small, round, often multicolored bags filled with sand or grains. Groups of people may congregate anywhere to kick one around. One of the main goals in a game is to achieve a “hack,” which occurs when every player has made contact with the hacky sack once and one player has made contact with it twice. Ian Johnson, a senior at the University of Utah, is an avid player and is thinking about starting a hacky sack club at the U next semester.

When Johnson’s friend Colin Burdsall, another senior at the U, brought his hacky sack to a music festival last summer, the two began playing. They quickly attracted crowds of up to 30 people. Johnson explained that due to the non-competitive nature of the game, hacky sackers are often supportive and willing to play with anyone, despite potential varying skill levels. However, the skills are not too difficult to acquire. “You don’t know anything, then you play for a week and you can become a decent hacky sack player,” Johnson said. Johnson grew up playing soccer, but my case was different. I had the pleasure of playing with him and was surprised to discover that the game is not purely meant for the coordinated people of the planet. “The first step is making contact,” Johnson said. Although achieving complex moves, such as the “dinker” (hitting the hacky sack with the outside of one’s foot), takes some time, being a beginner is rewarding. The satisfaction of finding your first moments of flow is incomparable.

After returning to campus, Johnson and Burdsall continued hacking. “You can tell it’s kind of infectious. Sometimes I’ll play at Outdoor Adventures and everyone there plays now,” Johnson said, referring to his workplace. “It’s awesome on river trips, it’s fun to play in the sand, and it’s extremely cheap,” he said.

Johnson and Burdsall have thought about formalizing the activity through the structure of a club. “We just decided it would be cool if we could connect some people who weren’t necessarily friends,” said Johnson. “It literally brings you into a circle, which could then be your social circle.” Johnson, Burdsall, and several other core founders of the group want to call their club “The Dinker Society.” They already have 62 signatures of people who are interested in joining, but when Johnson faced the application process, he worried about sacrificing part of the spontaneous nature of the game. “I want it to be an organic thing,” he said.

If they do follow through with their aspirations, the Dinker Society will receive the perks of being an official club. This would include funding, larger-scale recognition and equal-opportunity for all students. If they continue playing in a casual manner, they might be able to better maintain the essence of the game. What do you think these hacky sackers should do? 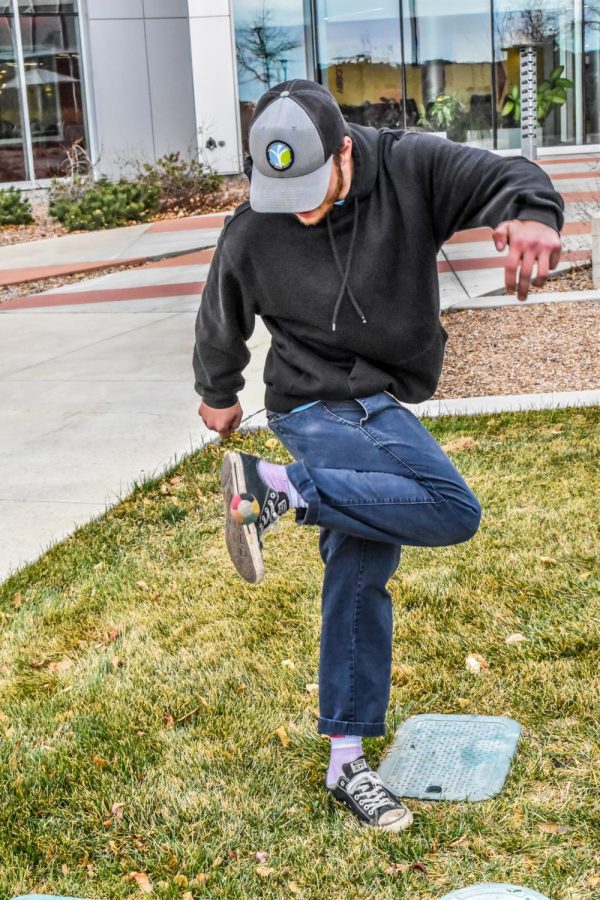