How to Use Climbing Chalk: A Rock Climbing Essential 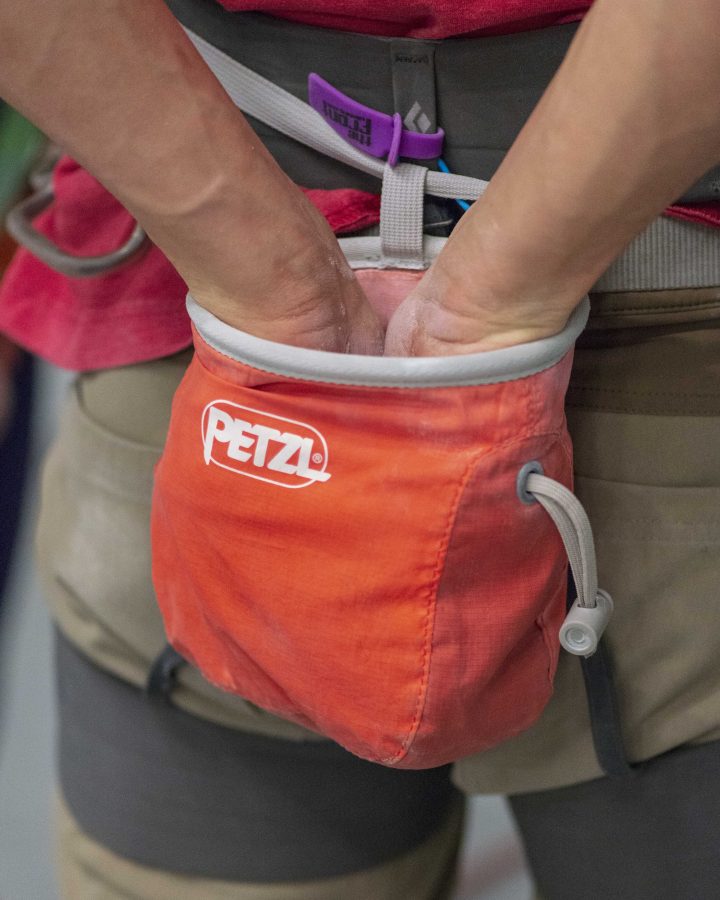 New or experienced, climbing essentials like chalk are used by everyone. For newbies (like me), it’s general knowledge that chalk is always needed, but for what reasons? Well to begin with, there are two general types of rock climbing: top roping and bouldering. While top rope climbing typically consists of climbing up and down a rock face or wall with the assistance and safety of ropes and harnesses, bouldering is done closer to the ground. BOULDERing says it all in the name. Typically done on large boulders or indoors on shorter rock climbing walls, this kind of climbing focuses more on technique. With zero ropes and no harness, the safety equipment used is a crash pad to soften your short fall. So the common equipment used between top roping and bouldering are climbing shoes (of course) and chalk! So what is it about chalk?

The human body is cool. It’s a moisture machine. Though secretions like sweat, oil and other liquids don’t necessarily impact the performance of most athletes, for climbers it can mean the difference between triumph and failure.

Made from magnesium carbonate, chalk is used by climbers, weightlifters, gymnasts and other athletes to decrease moisture on their hands, increase friction and improve grip. Normally seen as a white powder, chalk comes in three forms: loose, liquid and block.

Found as a fine powder, brands will carry special blends of magnesium carbonate and pure chalk to provide different textures for desired friction and grip. Also found in a chalk ball, loose chalk is encased by a mesh fabric designed to prevent messy spills while also limiting the amount of chalk on your hands.

Obviously in a liquid form, this type is a mixture of chalk and alcohol. Meant to be spread like lotion, the alcohol dries rapidly leaving chalk residue on your palms and fingers. This method is advantageous because it allows for a cleaner and more controlled application. Using alcohol on your hands may dry out your skin, leaving you with cracked, bleeding hands. [See my article on winter skincare and how to manage and care for dry skin.]

Compressed down into a square or rectangular shape, this chalk is used by breaking off the chalk into the desired size and consistency. Most individuals will stomp on it to break the block.

Now that you know the different types of chalk, how do you use it? To apply, the general way is by sticking one or both hands into the chalk and spreading it over your palms to your fingertips. Chalk bags are used to carry and store chalk. Most chalk bags will come with a waistband that secures around your hips while you climb or with a loop that allows you to clip the bag to your harness. While everyone’s body is unique and can produce moisture at different rates, the knowledge of chalk and the variety of methods will allow you to find your personal preference when it comes to moisture control, grip and friction. So don’t let greasy handholds and sweaty palms hold you back from success. Go get some chalk and have fun climbing!