Inherent risk in the outdoors 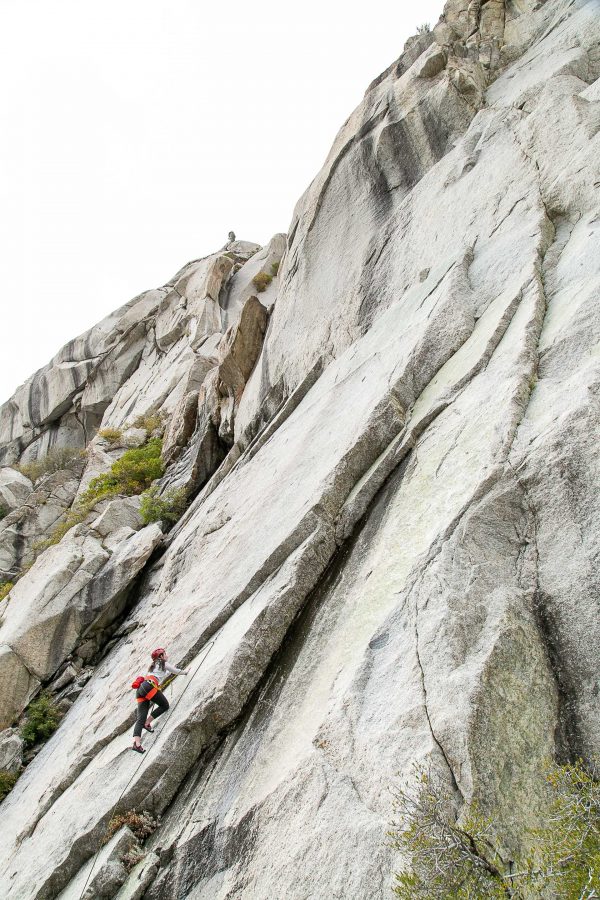 What is the “inherent risk” of the outdoors that warrants it being stamped on all the gear I buy? Even after all these centuries of outdoor exploration we can’t seem to shake the feeling that death and danger is lurking out “there” in the out-of-doors.

Emily is one of the grad students running the class Cognition in the Wild this semester. She says, “I don’t know the stats on climbing off the top of my head, but I’d be willing to bet it’s safer than driving”. According to data collected from National Park Service by the Wilderness and Environmental Medical Journal, 428 climbing accidents occurred between 1998 and 2011, and resulted in 23 fatalities . Comparatively, 40,000 people died in automobiles in 2017 alone. This makes some sense, as there are at least 210 million drivers in the United states, but you might be surprised to know there are over 9 million rock climbers in the U.S as of 2015, and the number is certainly growing.

Sarah, the other grad student with Cognition in the Wild, a class that discusses the mind in relation to nature, says, “when I was a caretaker in Vermont, I lived out in the woods basically by myself, in a little tent on the side of a mountain. People would always ask me as a female if I was nervous about being attacked or assaulted in some way. But something I always point out, if you’re a female living on a college campus, you’re actually far more likely statistically, it’s some sort of absurd statistic at this point.”

According to Emily, this fear is a deep part of us. “I think a lot of it comes back to our wired fear responses. We know that we’re kind of wired to respond to things like height. Evolutionarily, heights were a threat. So, they see people like Alex Honnold, and their fear response is activated like ‘I’m terrified for him!’ whereas you’re not taking the statistics into account.” Alex has echoed this, saying he’d be more afraid to watch himself climb than do it. That sense of control is central to activities like free-soloing, where there exist only two factors, you and environment, which is opposed to your average day in the city, where we live largely coincidentally.

A common criticism I hear of Honnold, a free-soloer, is that it’s an ever-increasing game and the only way he’ll stop escalating the difficulty of his climbing, is by dying or at least being crippled. This criticism makes sense, because that has been the pattern of other free-solo stars in the past. Some claimed that they would never die in a climbing accident, of all places. One never knows these things. Everyone anecdotally knows someone that got away with something dangerous once or twice. In this case, Honnold is famous for free-soloing. His documentary, Free Solo, has won an Oscar now. He is by far the best at what he does, and he may or may not die doing it.

The growth of mountain sports creates a natural dialogue about danger, and location becomes fundamental to the conversation about risk and the outdoors. Ironically, many of those who treasure nature precisely for its accommodation of their sport, damage or destroy it.

Steph Davis, a professional climber, free-soloer and base-jumper says, “I think the NPS has a tough job of caring for the national parks as our population continues to increase exponentially. Humans are very hard on the environment, and continuous human expansion continues to create more and more impact on natural areas, protected or otherwise, over the entire planet. I think this is larger than NPS policy. I don’t know how it will be resolved.” She adds, “living in the outdoors has taught me to be very aware of risk and risk management, and to weigh all potential risks equally. For example, I am extremely cautious about driving in cars, and I consider it a pretty high-risk activity”. “I think many people are attracted to adventure because risk is very immediate–easy for our brains to understand–and as a result, awareness of it is more clear.”

What’s true is that outdoor sports are dangerous. Maybe that does go outside an acceptable risk-reward pattern to some. It comes back to a very basic discussion on personal rights and self-ownership. Without getting too existential, heights have always inspired something in us about choice, and the choice to climb. As George Mallory, one of the first climbers of Everest put it, “because it’s there.” Or perhaps Kierkegaard said it best, “He whose eye happens to look down the yawning abyss becomes dizzy. But what is the reason for this? It is just as much in his own eye as in the abyss, for suppose he had not looked down. Hence, anxiety is the dizziness of freedom, which emerges when the spirit wants to posit the synthesis and freedom looks down into its own possibility, laying hold of finiteness to support itself. Freedom succumbs to dizziness.”