Is GoPro’s Value Justified? (The answer may surprise you) 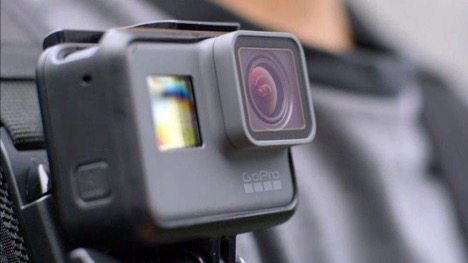 Contribution from a Freelance Writer

Action cameras don’t come more intelligent than GoPros. And with this technology comes a hefty price tag. GoPro’s CEO Nick Woodman once remarked that “GoPro is not just a camera company anymore.” Following this statement, not too long ago GoPro joined the drone space by unveiling a drone of their own named the Karma drone.

The drone hasn’t had a smooth sail, prompting a recall, though hope is not lost as it’s set for a relaunch later this year.
Promising Start
Three years ago, GoPro was the darling IPO (Initial Public Offering, or the first time a company puts it stock on the market) launching with an initial offering price of $24. At the time, the company was valued at $5.3 billion. This is not a meek valuation by any standards, even though the numbers said otherwise (a look at the 1st quarter of 2013 vis-à-vis 2014’s showed a fall in revenue by $20 million from $255 to $235 million).

The company explained the difference by saying that the delayed unveiling of its Hero3 camera in late 2012 translated to its sales being experienced more in early 2013, hence the larger figures in the first quarter of 2013.
Diminishing Valuation
Four years down the line, what does the valuation look like for GoPro? Well, it looks bleaker and the numbers speak volumes. 2016 was the year that saw the company cut down jobs and any ambitious endeavors in order to save its flagging sales.

With such a rough start to the year, are there results to justify the valuation of GoPro?

The company already announced record quarterly revenue for the APAC and EMEA region and also experienced a 30% increase in installs of the Quik Mobile App in 4Q16. In addition, the Hero5 black was the best selling digital imaging device locally in the US and in the EMEA market as well.

However, apart from the Karma drone that is to be launched later this year after being recalled due to a problem with losing power mid-flight—according to Ben Popper from The Verge the problem with Karma was “a mechanical issue related to securing the drone’s battery”—the company is still struggling to get back on its feet and solve this issue.
Bleak Prospects in 2017

Shares have been down and the company cannot meet the forecasted revenue for the first quarter of 2017. Rising up from the ashes of such losses proves difficult year after year. The company was relying on the re-entry of the Karma drone and the new Hero5 camera to boost sales and enable it to meet it projected revenue. However, unforeseen delays undermined their efforts and this was not to be.

In truth, after having its shares peak at $93.85 in 2014, GoPro is now at an all-time low. In fact, since 2015 the company’s shares have not been able to get over the $24 threshold. While this is not good for GoPro, it gives their competition cause for a good night sleep.

Companies like Sony, Gamin and Olympus have plugged the gap left by less demand for GoPro products with a vengeance. They are weighing in with low-budget alternatives that are similarly tech advanced but that cost less. These companies have borrowed heavily from the top features on GoPro products and attached a bargain friendly price tag.