One Small Step for Man- An Urban Expedition (Satire) 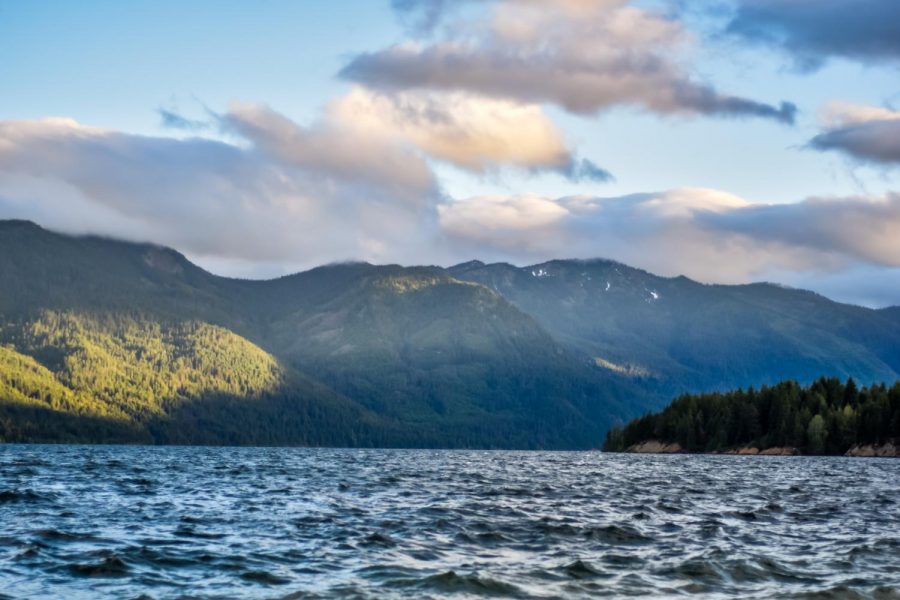 The two travelers, clad in face masks and rubber gloves, sat on the front porch

of their Sugarhouse home, staring quizzically at me as I approached. They had reached out to

me, not I to them. They told me that their story was one that needed to be heard by more than

their co-workers; that it was a story of inspiration, of optimism, of caution, during this time of

uncertainty. After a quick look-over and a splash of hand sanitizer, they allowed me up the stairs

to a waiting chair on their porch, equipped with a glass of iced tea.

Marty and Sheila Jackson had always been self-proclaimed “wanderers,” insisting to me

that they had hiked “at least the easy part” of every trail in Big Cottonwood Canyon. They even

own a two-bedroom condo in Driggs, Idaho, where they travel to once a year to mountain bike up

and down the roads of their condo complex.

“It’s so peaceful out there on the Idaho trail,” Marty tells me between sips of craft beer.

“To be up there, so far away from civilization… it’s really the only way to live. I wish we could

live up there, but darn it if I wouldn’t miss the nightlife here.”

He fights back tears as he launches into a rant about their favorite restaurants, many of

which had been closed temporarily due to the COVID-19 outbreak.

Sheila rubs his back, trying to comfort him. “We’re free spirits,” she glances up at me.

into our homes against our will.”

“Eventually, we decided that enough was enough.”

put in place. They’d survived off their stash of homemade preservatives and weekly Blue Apron

deliveries since March, with their only human contact coming from a constant stream of

Marty collects himself. “We knew we had to get out of here, we just didn’t know how.

We researched every possible location, every National Park, every campground within 500 miles

of us, but nothing seemed to feel right, ya know? Finally, we realized that the best place to

escape to was not a National Park— not even a hike. The trails are too crowded and the parks have

too many tourists. We knew we couldn’t leave the city if we wanted to stay safe.”

Thus, the Jacksons hatched a plan. First, they went online and purchased a tent. A big

one. Big enough to feel like the Airstream they keep parked on the side of their house. Next, they

bought a wagon — “You know, something to attach to the back of my bike to tow everything.”

Finally, they bought food; a variety of freeze-dried pastas and soups, to be specific.

“We were planning for the worst,” Sheila tells me while scrolling through her phone to

show me pictures, reading glasses in hand. “We had no idea what it was going to be like outside

Ten days of preparation and roughly $2,000 later, the Jacksons embarked from their home

at the break of dawn, sights set on Sugarhouse Park.

“We rode for, gosh, something like 30 minutes before we made it to the park, but only

had to stop twice to rest,” Marty says as he walks me around to their garage to show off his bike.

“When we got there, we were shocked to find other bikers, runners, even children playing at the

park. Some of the runners weren’t even wearing a mask. It was appalling.”

“We found a parking lot in a quieter area of the park, and locked our bikes to a nearby

tree,” Sheila tells me as we reconvene on the front porch. “We roped off our area, pitched our

tent, built up a campfire and were lounging outside by one o’clock that afternoon. We were

finally back where we belonged, in the natural world.”

“Once we had everything set up— once I realized we had actually made it, shoot, I nearly

wept,” Marty interjects. “I felt like a trailblazer, a regular Neil Armstrong.”

Marty and Sheila spent a full five hours at the park, resulting in more than 200 Facebook

posts and well over 30 complaints to park security. The couple was asked to leave the park at

five o’clock that evening, with the security officer citing “building a campfire in a parking lot” as

the reason for the request. They were back at home before the streetlights came on.