Satire: The War to End All Wars, Chacos Versus Tevas 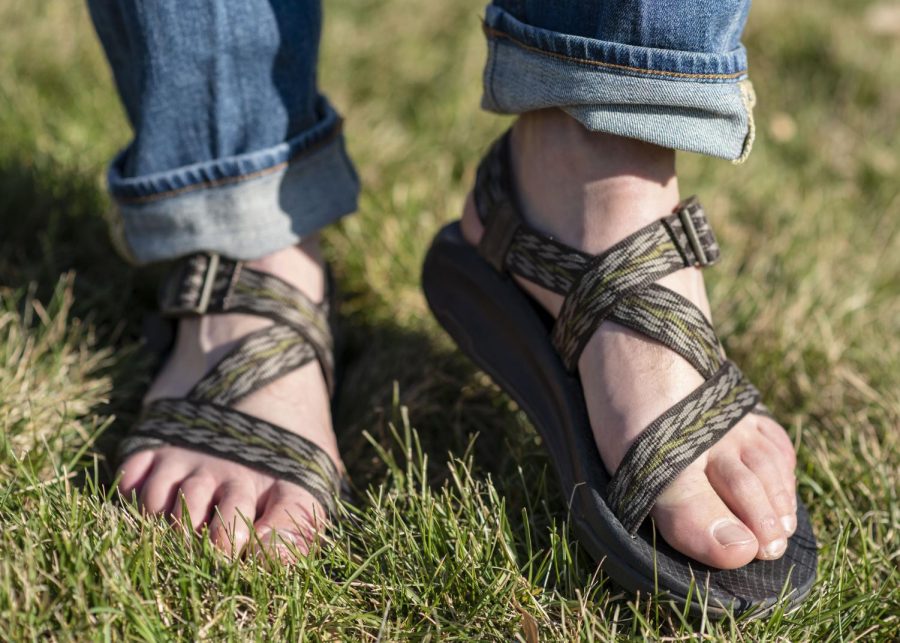 Americans are fighting through some of the most divisive issues in recent memory at the moment — whether it’s politics or environmental issues we are truly in the midst of some trying times. Perhaps the most polarizing issue in today’s America is the feud between fans of Chacos and fans of Tevas. Each company’s flagship shoe was birthed from a need for comfort, functionality and fashion within the outdoor enthusiast community, but this debate has since turned the formerly close-knit group into modern Hatfields and McCoys.

Each shoe is essentially the same in design, an open-toed sandal with straps and a thick footbed made for hiking, rafting and the like- just don’t try to say this to each side’s firm believers. Quite possibly, the oddest factor of the Chaco versus Teva debate is that nobody can honestly trace when it started and why they picked their sides, the battle lines seemed to be drawn by fate.

To learn more about the animosity between the two groups, I took to the University of Utah campus in order to speak to students- and trust me when I say there were plenty of eager students ready to weigh in on their love of their Chacos and Tevas. Within three minutes of entering the library, I came across my first subject, Quinn Stagg, who was sporting his beloved pair of Tevas. I asked Stagg what his thoughts were on Chacos and I was met with a laugh and eye roll. “People who wear Chacos have probably bought them on Amazon and definitely only go on trips for their Instagram pictures… a real outdoorsman would never be caught dead in a pair of Chacos,” Stagg said. Another student, Megan Teeter, fired back at the Teva diehards as she said, “If you need proof that Chacos are the superior shoe and their fans are the superior athletes just look at the design- Teva fans are so unmotivated that they have to use velcro while we use straps!”

Perhaps the most trivial part of this dispute is the fact that Chaco and Teva supporters are not that different after all. When I asked Stagg and Teeter what they enjoyed doing while wearing their preferred footwear their responses were nearly identical: hiking, camping, kayaking and just generally being outdoors. And what did both sides look for in their shoe and swear that their pick was superior in? Comfort. Regardless, each side swore that the other was a fool for owning their shoes. It is clear that team Chaco and team Teva are both strong in their convictions and unwavering in their willingness to compromise; as far as I can tell, there are no signs of this debate ending anytime soon. The Chaco versus Teva battle continues to rage on.