Skiers should be wary of avalanche dangers in the backcountry 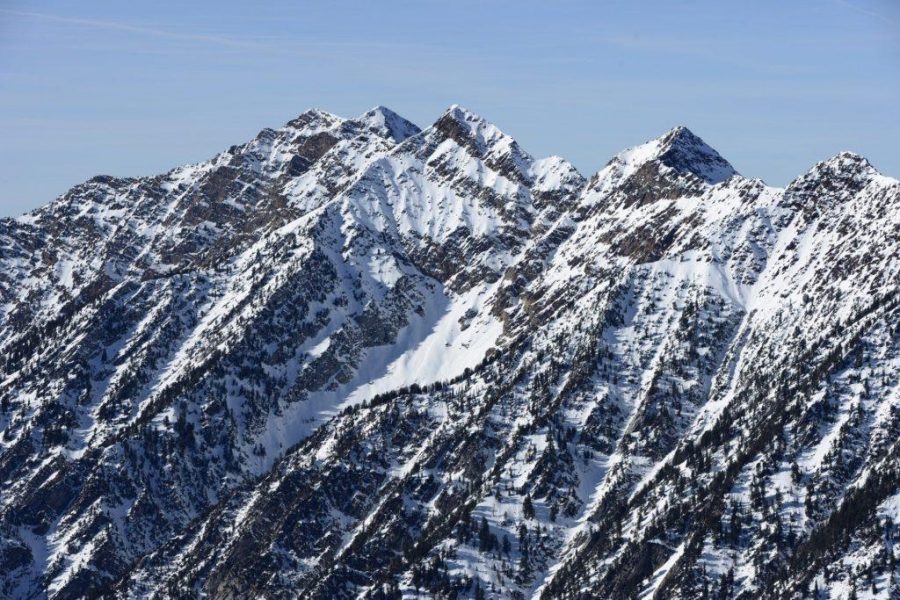 An entire season of skipping class to play in the Wasatch snow is now upon us. It doesn’t really matter whether you’re into skiing or snowboarding — either way, there may be a time when you find yourself crossing into avalanche-prone terrain.

But with this comes a lot of questions. What do we have to be afraid of in this territory? What do we do when we are there? What even is avalanche-prone terrain? I sat down with Craig Gordon with the Utah Avalanche Center (UAC) to get some answers.

As part of his work, Gordon provides mountain weather conditions and advisories each day. Comprised of a team of six employees, UAC is the go-to resource for Utah’s avalanche information. Thousands of people rely on the center’s predictions and reports each day.

“Essentially, our information helps keep riders on top of the greatest snow on earth rather than buried beneath it,” Gordon says.

I remember as a child seeing the occasional news report about avalanches or, more recently, seeing viral videos showing sponsored snowboarders or skiers triggering huge avalanches in some remote mountain ranges. But at the end of the day, are avalanches an actual threat to regular people like me, especially if I plan on staying in the Wasatch this winter?

Gordon says avalanches are the deadliest natural disaster in Utah. About four people are killed by one in the state each year.

“Avalanches are equal opportunity killers,” he says. “One-fourth of all people caught in avalanches are killed by trauma … For the rest of us, we’re killed by asphyxiation, and our chances of being found alive under the snow drastically decline after about 15 minutes.”

All that’s needed for an area to be avalanche-prone is for snow to accumulate on a slope. It’s as simple as that, and the Wasatch has a lot of steep gradients and plenty of snow this time of year. Even more, avalanches are extremely common, whether occurring naturally or triggered by backcountry skiers or snowboarders. So what’s the first step to staying out of harm’s way?

“Before even considering going into the backcountry, you need to take a basic avalanche awareness class,” Gordon says. “Then you need to wear and know how to use avalanche rescue gear. You also need to get the latest avalanche advisory.”

The “Know Before You Go” avalanche awareness program was recently updated and can be read at kbyg.org. It’s an easy-to-understand crash-course on avalanche danger, with great references and further reading. From there, it’s definitely not a bad idea to take one of U Explore’s avalanche courses or one of the UAC’s backcountry 101 classes.

The Utah Avalanche Center calls this whole process “GET THE TRAINING, GET THE GEAR, GET THE FORECAST,” and by doing this, you can operate more safely in hazardous terrain. It’s important not to neglect any of these steps. A shiny new avalanche beacon is of no use if you haven’t practiced using it. Conversely, proper training doesn’t mean you can forgo important equipment in case things turn sour. And even the most well-seasoned backcountry veterans won’t travel on a day with high or extreme avalanche danger.

“The best avalanche,” Gordon says, “is the one we don’t trigger because even when we do have all the gear and all the training, the story often has a crappy ending.”