Solitude Asks Drivers to Pay Up or Cozy Up 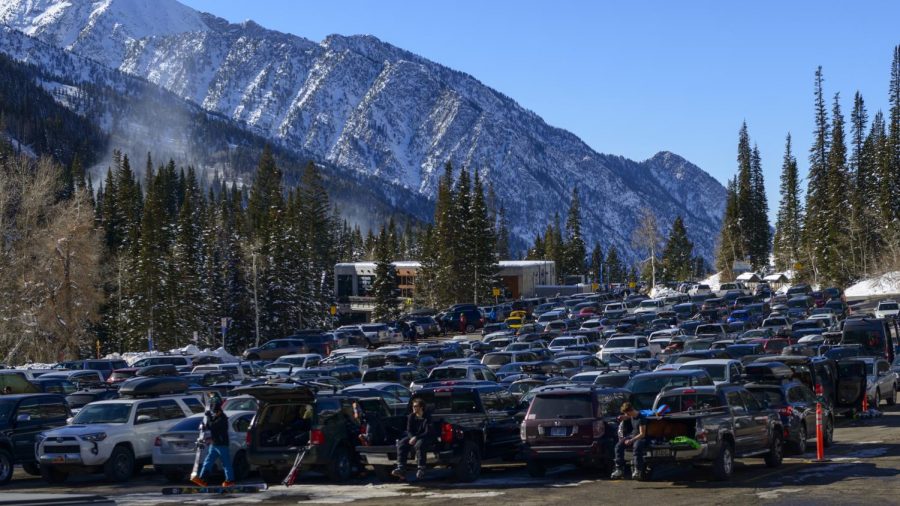 The implications of accessibility in the outdoors are controversial. When issues like environmentalism conflict with usability, people are bound to get left out. Until we learn to truly leave no trace, this conflict will always be an issue and it is only going to get worse with population growth. To deter overcrowding in their parking lots, Solitude has introduced a new parking fee system based on the number of passengers in your car. Vehicles with less than two passengers will be charged $20 to park, while three are charged $10, and four or more riders are charged $5. Some of the proceeds will go to Breathe Utah (a group focused on clean air in Utah). Responses from locals have been mixed.

Marjie Brown, the managing editor of Wildfire Magazine and former extreme sports photographer/model said, “I moved back here in 2000 to ski the Wasatch again. Although well-meaning, for me, this pay to park trend is just another nail in the coffin of a lifetime of being a regular and frequent Utah skier, joining exploding expense and crazy crowding. The lot is still full, the traffic is still terrible.” Sadly, Brown points out, “The problem, for which there is not an answer, yet still deserves our urgent attention, is that times have changed and there are now too many of us to fit. It’s over. Parking fees won’t change that.”

Jon “the goon” Magoon, a self-proclaimed van hobo and veteran skier, believes the new fees are “for one a pretty daring move, they could take a hit in profits there as a result. On the other hand, it will push people into the buses that are already heading up and down the canyon all day, buses that are included with season passes.”

Though there is opposition to the fees, few people are asking for these areas to be totally quarantined. A ski resort could not survive without any customers, and limiting traffic may be the only way to allow people to use the slopes while protecting the resource. But who should have access and who shouldn’t, and by what criteria? Many are concerned the answer will probably be money.

Not all are completely critical though. Some skiers such as Magoon, are torn. “It might be a move towards a greener canyon but I’m more prone to think it’s a well thought out business strategy. The market is pretty well monopolized. If people want to ski they will pay whatever they’re told to pay, and people really want to ski. So from an environmental perspective, it’s great. However there’s also the absolute saturation of these ski resorts, they are all beyond capacity, all day every day,” Magoon said.

It’s increasingly challenging to ignore the local impact of overcrowding at the resorts, as air quality in the valley continues to worsen. Environmental sustainability major, Casidee Thompson — who recently got her first pair of skis — thinks, “Restricting vehicles by parking fees and the chain law is good. Much better than agreeing to clear more area for parking or widen the road. However, I’m not sure where resorts stand on that. Most cities experience reduced vehicle usage during the winter, in Salt Lake, it can increase due to the ski industry.”

As outdoor sports depend on spaces defined by their fragility, inaccessibility and ultimately seclusion, there are bound to be conflicts between sustainability and convenience. Solitude is no different.