The Beauty of Utah’s Spring “Skiing” 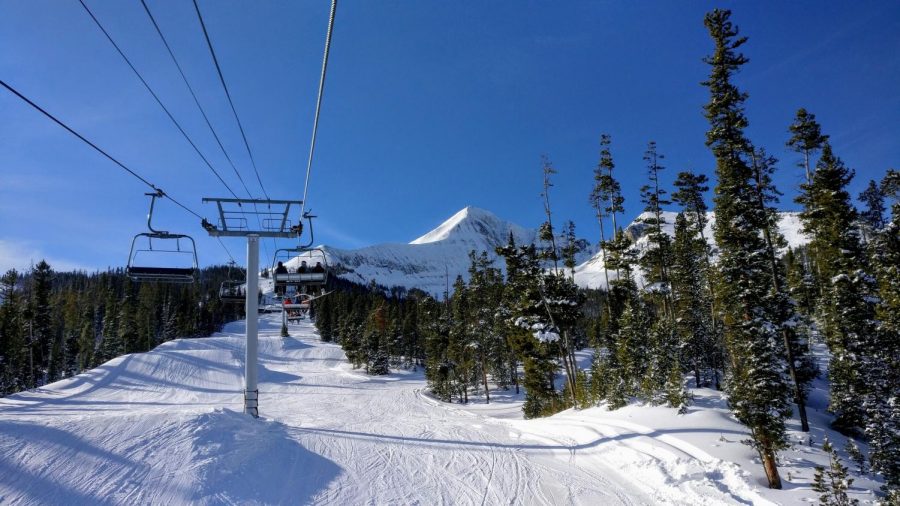 By the typical standards of the Utah ski season, this season was not a good one. Save for a couple strong stretches in the early parts of 2021, there wasn’t a ton to write home about. Snowpack stayed well below average, and resorts began closing their doors and their chairs weeks before Utah skiers had their fill. However, there is far more to the Utah ski season than the quality and depth of the snow, and a disappointing snow year opened the door for an early arrival of the most immaculate vibes in snowsports: spring skiing. 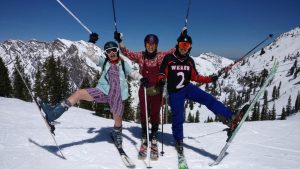 In Utah – at least in the Cottonwood Canyons – the concept of spring skiing as a whole is made up of two distinct, but equally important parts. First, there’s the actual skiing – the stuff that happens from the time you leave the parking lot to the time you return to your car. To be honest, that aspect alone is one of the greater activities that one can take part in here on the Wasatch front. Late in the year, when the temperature on the mountain nears 60 degrees, the snow becomes something entirely different than snow, something closer to mashed potatoes. Skiers who once woke up at seven in the morning to beat the crowds to the front of the lift line now crawl out of bed at a cool 11am, eating a full breakfast before making their way to the hill by twelve or one – right as the potatoes finish cooking. Ponds become targets, not hazards, and crowds gather to watch the action. They cheer loud for every success, and louder for every failure. The skiing is fast and easy, and the chairlift rides are filled with sunbathed whoops and hollers. It feels effortless, and you’re having so much fun that you don’t even notice the sunburns as they grow redder and redder on your half-sunscreened skin.

And there’s the après.

T-shirts and lawn chairs litter the parking lots, and the smell of grilling burgers and hot dogs is inescapable. The Grateful Dead seems to be emanating directly from the concrete you’re sitting on, and beers are passed around to anybody who asks. This, I’d argue, is closer to the true definition of “spring skiing” than the actual sport itself. It isn’t an effort, not something you want practice to get better at, not something you compete in. It’s a collective experience, a culture, that is unmatched in my time on the ski hill. It shares next to no similarities with the rest of the ski season, and that is why it’s so anticipated, so celebrated.

It epitomizes the beauty of skiing (oh, and snowboarding), because of the casual nature of it all. In my humble opinion, skiing – especially that of the spring variety – should never be ultra-competitive. Sure, the occasional race between a friend or two doesn’t hurt, but turning entirely to competition will nearly always lead to frustration, which is the opposite of what I want to be feeling on the mountain. Above all else, spring skiing, to me, is a vessel for celebration. It gives those who are truly passionate about the sport of skiing – the variety that takes place largely between the months of December and March – a chance to look back and catch their breath. It’s a chance to have some fun, enjoy their sport for the sake of enjoyment,and nothing else.

Even when the lifts do finally stop turning, the ski hills of the Wasatch front continue to give. Resort skiers like myself take the end of the official ski season as an opportunity to dust off their cheap skins and touring skis or splitboards and make the familiar drive up the canyon to the now empty parking lots of their mountain of choice. Skins on, sunscreen applied, and bucket hat firmly in place, they shuffle up the same runs they spent the past months speeding down, truly taking in the views for the first time all year. For me, this facet of spring skiing – summer skiing, I guess – offers yet another new perspective on the mountains that we so willingly take for granted. Shuffling up those hills, I never cease to marvel at the fact that all of the beauty in front of me is only a twenty minute drive from my house. The hill itself is stoic and peaceful, with ghostly chairlifts sitting patiently until the next season begins. At the top, skins are ripped off and stuffed into backpacks, and those who put the work in are met with the freshest of mashed potatoes, untouched by the masses of the season. It’s a thing of beauty, an individual celebration instead of the collective one that took place in the weeks prior. They ski down in bliss, with nobody to dodge and nothing to worry about; a fitting end to the most laid back, the most celebrated, the most widely enjoyed time of the Utah ski season.