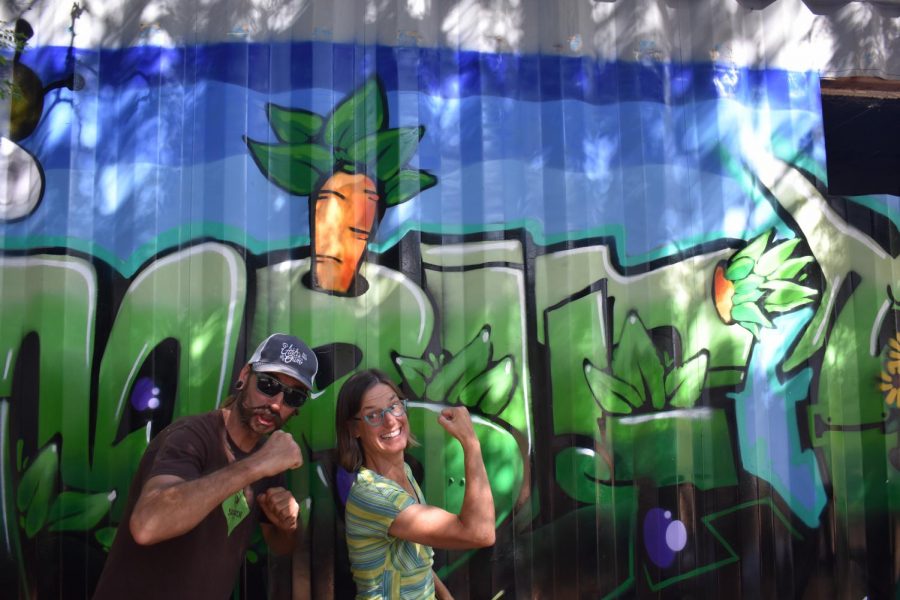 Seeking refuge from the afternoon sun, Debbie sat at a shaded table and diligently collected seeds from freshly picked peppers. “These seeds are going up to the Snake River Seed Co-op in Wyoming,” she said as she cut off the top of the pepper, ran a small knife down the side, and emptied the seeds into a bowl.

Debbie is part of a small group of women employed by the Green Team Farm, a bustling urban agriculture project just west of Salt Lake City’s Gateway mall. Started in 2016 by Wasatch Community Gardens, the farm hires women struggling with poverty or homelessness. “We want to introduce them to as many skill sets as possible so they can pursue a career once they leave,” says James Loomis, the farm’s director.

Wasatch Community Gardens is one of a handful of Salt Lake-based non-profits bringing organic produce to the valley’s low-income communities. With urban gardens scattered throughout the city, the organization has been rooted in Utah for 30 years. While most of the gardens operate on an individual rental basis, the Green Team Farm gives away almost all of its food, reaching community members who are shut out of the fresh food system.

“We want everyone to have a garden, but they don’t always have the resources or time,” says Ashely Patterson, executive director of Wasatch Community Gardens. “We try to be super inclusive about where people are in their lives and their resources.” 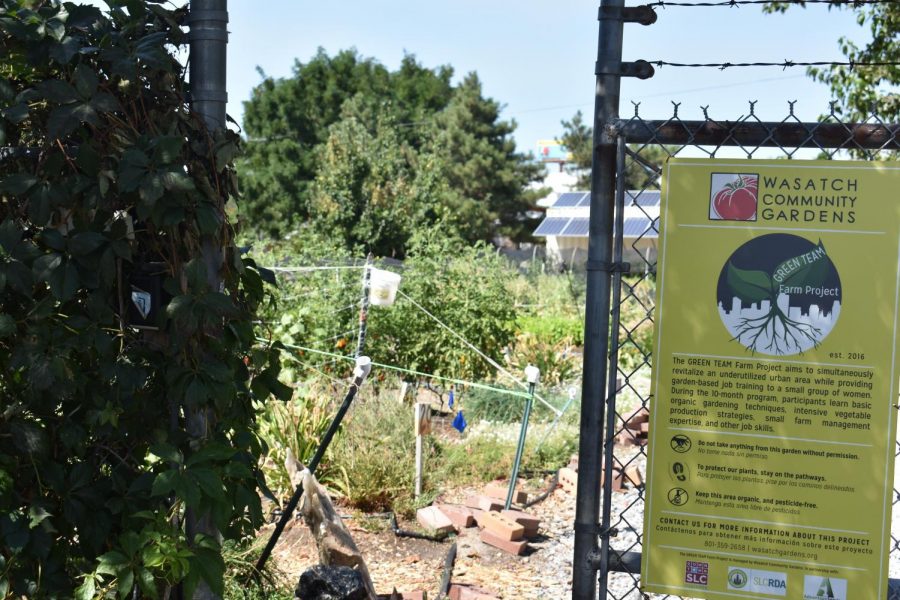 For several communities in Salt Lake City, a healthy diet, let alone a garden, can be an unrealistic luxury. The Marmalade, Popular Grove and Glendale neighborhoods fall under the United States Department of Agriculture’s definition of a food desert, meaning at least 33% of the census lives over a mile from a store that provides vegetables, fruits and other healthful whole foods. These communities often struggle with poverty and other socio-economic issues, and rarely see improvements to food accessibility. Where supermarkets steer clear of these areas because of low-profit margins, cheap fast food chains and convenience stores swoop in to fill the void.

There is no easy answer to solving something as complex as a food desert, but initiatives like the Green Team farm certainly help. “The food here goes to places where fresh fruit and vegetables are not often available,” said Patterson, who has been at the helm of Wasatch Community Gardens for six years. Anyone struggling with food insecurity can stop by the farm and take home produce that isn’t always offered at food pantries. “We’re going to give you food if you show up.”

But improving access to food doesn’t always mean these communities will eat better. According to Loomis, changing eating habits is an equally important piece to the puzzle. “One thing we see is that people are very well-fed, but they’re starved for nutrition,” he said.

In an effort to combat this, Wasatch Community Gardens sends produce to parent cooking classes, teaching families in low-income areas to incorporate fruits and vegetables into their diet. “Instead of saying ‘eat your fruits and veggies, they’re good for you!’” Loomis said, proudly strolling through rows of stunning tomato plants, “we find things that are fun as hell.”

With two new gardens opening in the coming year, the future is bright for Wasatch Community Gardens. However, Patterson would like to see the city do more to assist aspiring farmers. “If you were an actual farmer, not a non-profit, there’s no way you could do all this,” she said, referring to the grants and donations from the private sector keeping the Green Team farm alive. Tax breaks and lease extensions for farmers could provide a welcome boost to the Wasatch Front’s urban agriculture movement. 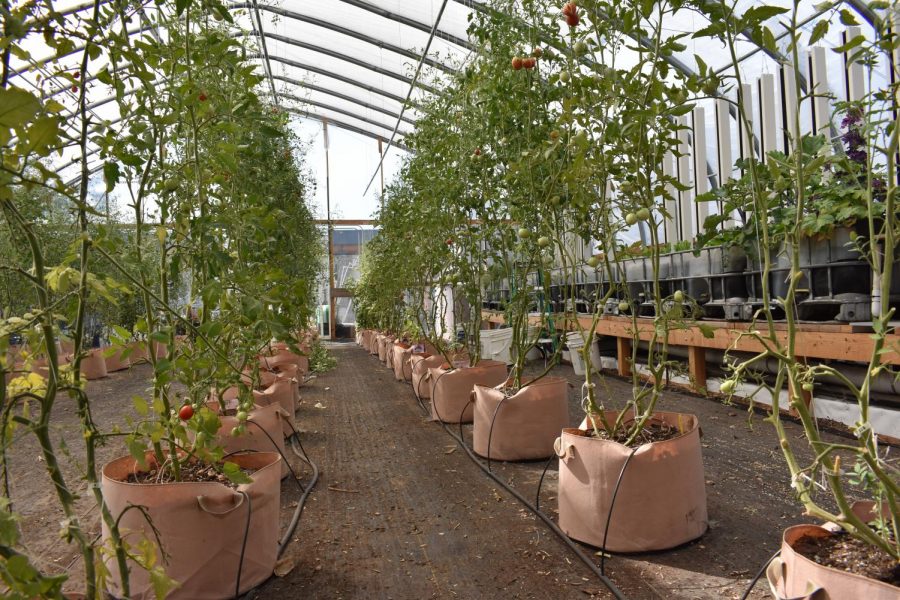 But for now, Patterson and Loomis are focused on growing food and helping revitalize a neighborhood that has seen its share of neglect.

For the women working at the Green Team farm, the project means far more than simply eating better. “I was homeless by myself for two and a half years … it’s scary,” said Debbie, as she admired her small mountain of pepper seeds. “Now I have a place to be during the day. I don’t have to hide. … It’s really changed our lives.”