The Legacy of Mega Passes on the Ski Industry 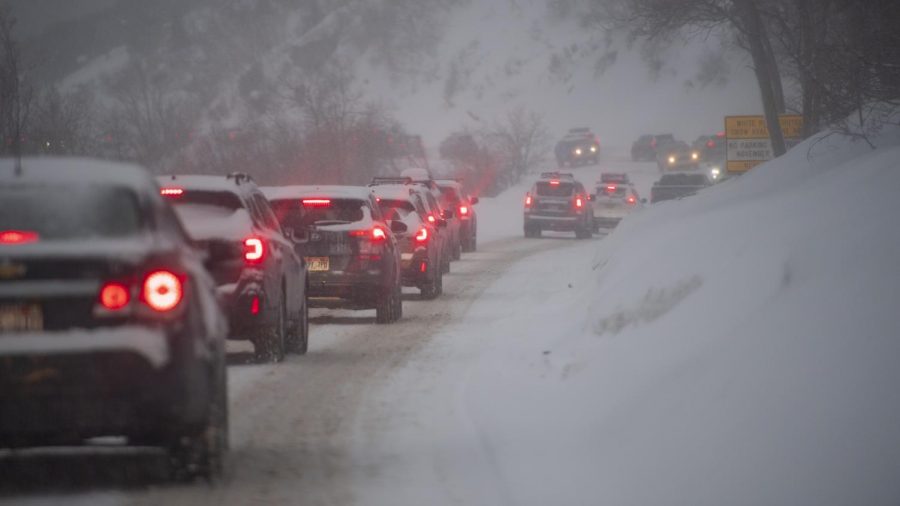 The term “core” is one which gets thrown around a lot in the ski industry. For skiers and snowboarders being core carries a connotation of being original, unique, and usually representing a crowd of locals. The movement to remain true to this core lifestyle is far from a new concept in the ski industry, but this idea and its strongest believers have felt a great deal of pressure in recent years and still to this day. Perhaps the greatest contributor to the changes occurring within the ski industry is the quick rise and total domination of the so-called mega pass and the corporations controlling the resorts included on these passes.

Until the mid-2000s, buying a season pass to any resort was simple — you picked your favorite mountain, bought your pass and skied or boarded there for most of the season besides a few days at other mountains. That was that. Mountains catered to locals by giving steep discounts to members of their communities and most were owned and operated by members of the same community which they resided in. However, the 2019 industry landscape has been utterly shaken by mega passes and their parent corporations. Many skiers and snowboarders are outwardly against these changes and feel that mega passes are taking away from the activity they so dearly love.

The two most popular multi-resort season pass options are the Epic Pass and the Ikon Pass. Both allow skiers access to dozens of partner resorts on all corners of the globe.

The Epic Pass, controlled by the Vail resort group, boasts a wide variety of resort options, 37 to be exact, across 17 states and Canada as well as limited access to resorts in Australia, Europe and Japan. Resorts included on the pass are some of the most popular in the world including Whistler, British Columbia; Breckenridge, Colorado; and Northstar, California. On a local level, Vail’s only Utah resort that offers unlimited skiing through the Epic program is Park City Mountain Resort. However, Snowbasin is also included on the pass with limited access.

The Vail name is one with a storied history in skiing. Yet, it also carries a feeling of disdain among many of those involved in their local ski scenes. It is hard to imagine why anyone would oppose Vail and the Epic pass. Complete unlimited access to their top-notch destinations will run you, at most, $989 (military, senior, college and blackout date pricing are also available). Being able to ski practically anywhere in the world for such a low cost seems like a skier’s dream come true, but the masses still digress. When it really comes down to it, diehard skiers and snowboarders feel that Vail is taking skiing back to its less than desirable roots, roots derived from wealth, businessmen and exclusivity rather than the welcome arms and sense of community which skiers and boarders have come to love.

Vail is quite literally a corporation — yes, all ski resorts and companies are businesses looking to turn a profit but few, if any, have done so to Vail’s extent. Vail’s most recent and perhaps most controversial acquisition came in September of 2019 when the company purchased all Peak Resorts. This gave them ownership of their 17 member mountains. A deal like this is uncanny in the ski industry, not only because of the sheer magnitude of the purchase but also because it occurred between two publicly traded corporations — Vail Resorts, Inc. and Peak Resorts, Inc. Upon the announcement of the deal, Vail pledged to spend $15 million of capital in order to “elevate the guest experience at these resorts,” according to a company press release, as well as spend an additional $10 million annually to support the new resorts.

Although these resorts will absolutely benefit from an influx of hefty capital from Vail, the resort locals are less than pleased. Aside from the typical “locals only, no tourists!” argument, people fear the homogeneity Vail is creating among their Epic resorts. Skiers are drawn to specific resorts for not only the terrain but the culture and experience that differ so greatly from one resort to another. Think about the differences in infrastructure, apres-ski, and dining options visitors experience when they visit Snowbird versus Brighton. Vail’s numerous acquisitions have created a sense of uniformity among their resorts across the aforementioned criteria.

To get a better look at this uniformity I spoke to Igor Banaszuk, an Epic Pass holder living in Colorado who grew up as a local at Mount Snow, Vermont — one of Vail’s newest resorts thanks to the Peak acquisition. Banaszuk explained that “(He) can see why people are opposed to the Epic Pass and Vail, but living in Colorado surrounded by Vail resorts makes the pass very worthwhile and practical.” However, when I asked Banaszuk about his thoughts on Mount Snow, the mountain he and I grew up skiing and boarding at, he was more skeptical about joining Epic, saying, “I love skiing Vail resorts and Mount Snow both because they are so different from one another, Breckenridge and Keystone are luxury destinations while Mount Snow is where I know everyone from the lift attendants to the ski patrollers — it would be a huge bummer to see Vail change that.” Banaszuk is not alone with these thoughts of wanting to protect a mountain he feels so at home at. A trip to any resort’s parking lot or a ride up their chair lift will show off dozens of anti-Vail and anti-corporation stickers including the popular “Local Lives Matter” sticker which has become a proud sign of revolt among many skiers.

Yet another adverse effect on the average skier during the age of the mega pass and corporate resort ownership is the ability for owners to corner the resort market and set the standard for resort day pass prices. In a list of the most expensive single-day lift tickets for the 2019 season, compiled by Unofficial Networks, features seven Vail/Epic resorts rounded out the top 10 most expensive. The No. 1 spot was a tie between Vail and Beaver Creek coming in at $209 per person for one day of skiing. By buying up the majority of North America’s most sought-after ski destinations and continuously bumping up day ticket costs, Vail has been able to capitalize on their stronghold of the market. As one resort raises the cost of a single-day ticket, others follow suit — the only issue is the other resorts raising ticket costs are not privately owned resorts reacting to a changing market, they are other resorts under Vail who are simply putting more money in the corporation’s pocket. Skiers are truly stuck between a rock and a hard place. They either are left purchasing some variation of the Epic Pass or spending a huge amount of money for one day of skiing, either way, Vail wins. The Vail business model is genius in terms of capitalizing on smart investments but it is also considered very unethical and unfair by many.

Although Vail and its Epic Pass are the most popular of the mega passes, it is not the only one. As previously mentioned, the Ikon Pass serves the same purpose as Epic and has perhaps a greater influence on those who are regulars at Utah resorts than Epic. Ikon, while much newer than Epic currently has 41 resorts on board with its season pass deals. Ikon operates differently as their premier pass allows unlimited days at only 14 select partner resorts and up to seven days each at the rest of their resorts. Regardless, the Ikon Pass aims to operate the same way as Epic, creating a one-stop pass to give buyers access to top resorts across the globe and to create a conglomerate of resorts on board with the pass.

Ikon pass holders are able to ride an unlimited number of days at Solitude as well as up to seven days at Brighton, Deer Valley and Alta or Snowbird. While the Ikon Pass certainly serves Utahns looking to ski their local resorts better than the Epic Pass does, the feelings of many towards the new pass option remain the same. To be blunt, a lot of people hate it. One of the biggest frustrations Utahns face with the Ikon Pass is due to the partner mountains within the state. Solitude has long been the resort sitting in the shadow of the other Big and Little Cottonwood Canyon destinations which is family oriented and does not cater to huge crowds nor the long lift lines often found at other resorts. Being brought on to Ikon as Utah’s only unlimited destination will certainly take away from the quaint feel at Solitude. The partnership will of course bring in a great deal of money to the resort and likely lead to improved lifts and other infrastructure, but the locals do not seem to care.

On top of this, Solitude will also be charging for all vehicles to park in their lots this season which, naturally, upset many of their regular visitors. Many have felt that this is an act of greed and have tried to place blame on the Ikon partnership but, in reality, the goal is to push visitors to carpool in order to reduce smog and vehicle emissions in the canyon. There is absolutely some good in Solitude’s decision.

There are major pros and cons to each pass and the corporate involvement which has flooded the ski industry. Regardless of your views on the current state of ski resorts the outside influences are not truly the death of the sport like so many have concluded. Plenty of privately owned mountains still exist and thrive across the nation. After all, the most important factors of your ski season are how deep the snowpack is and how much fun you are having on the mountain with your friends. 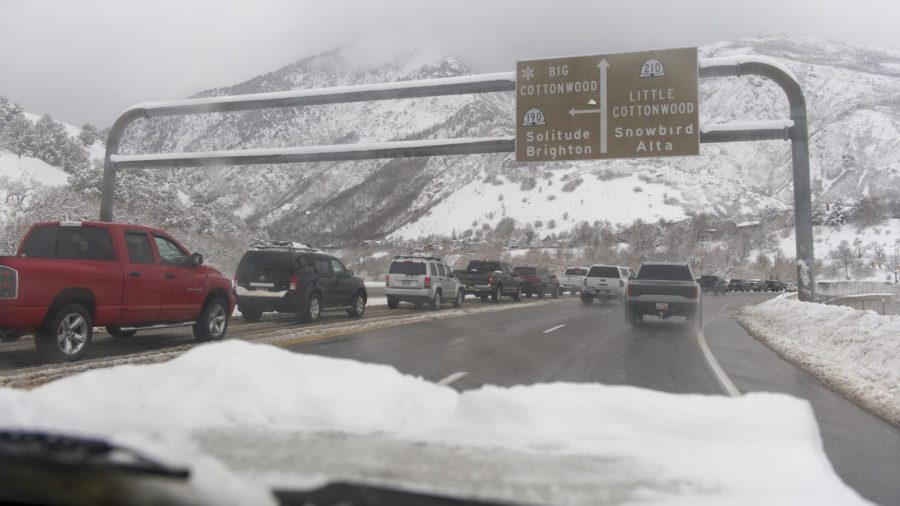