The Perils of Filmmaking in the West Desert 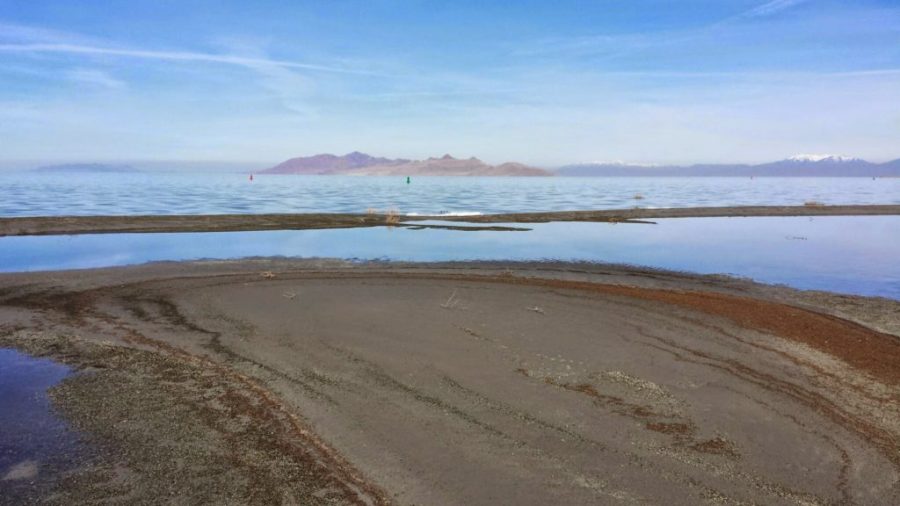 After weeks of painstaking exploration, bartering, sabotage, and espionage, I managed to secure an interview with the avant-garde filmmakers known only as Visage. Rumor had it that the illusive crew was stuck in town, treating hypothermia and shock after a failed attempt at producing something “truly transcendental” in Utah’s West Desert.

This clandestine group, led by Chad Powers, traveled the world on a quest to “capture the golden ratio between extreme and obscure,” ultimately leading them to our slice of Northern Utah just three weeks ago. Powers, with his customary head-mounted GoPro and surrounding turtleneck posse, relayed to me the trials and turmoil involved in their recent, largely unsuccessful project.

Shortly after releasing a silent film based on their time living amongst the manatees of Crystal River, Florida, Visage was tipped off about the local Faultline Film Awards. “This was to be the ideal platform for another monumental release,” Powers recalled. “A creative gathering hosted by a little-known student outdoor publication — extreme, yet obscure. Plus, the swamp was incompatible with our attire; it was time for something new.”

The ambitious project they intended to submit was Powers’s magnum opus, the creative masterpiece to get them on the map, while remaining simultaneously off the map, ironically. The premise was simple: “for seven days and seven nights, we were to walk into Utah’s sandy flatlands on a journey… to find ourselves.”

Powers, and the four other members of the crew at that time, drove west on I-80 for an undisclosed distance, only to turn off at what seemed to be the most introspective point-of-departure. “Tents, bags, insulated boots — these are the objects of domesticity. We needed only open minds, open hearts, and our Chacos; the rest was to be revealed in the sands.”

The initial days of their creative spiritual journey were successful, with reportedly over eighteen recorded hours of 360-degree wide-angle panning and sepia still frames of crew members in various positions and poses. This experiment in creative expression and self-discovery took a turn for the worst, however, as the filmmakers came into contact with the then encroaching winter storm.

“We were shocked to see snowflakes falling around us,” the documentarian recalled with difficulty. “All the google images of this bogus state indicated dry, red desert. We saw ground snow on our way in, sure, but we assumed that was just part of the aesthetic, artificial.”

The subsequent couple of days were a whitewashed blur, it seems, as Powers recalled experiencing only perpetual torrents of snow, and the inability to discern anything else, while other members chose not to speak to me for the entire duration of the interview, merely nodding occasionally to ostensibly jive word-choice. “Without any point of reference outside the powder, we experienced the cold, we were the cold, you dig?”

Shivering in a collective ball, Visage was discovered several days later by a good samaritan on the hunt for old aluminum cans and artifacts.

Powers expressed that the crew’s next project will be somewhere with neither sand nor snow, and likely a place that I’ve never heard of.

While Visage’s 72-hour ambient film from this perilous journey will not be shown at the Faultline Film Awards, you are still encouraged to attend nonetheless — it will still be very hip.