Thirteen and Strong with Aja Lindley 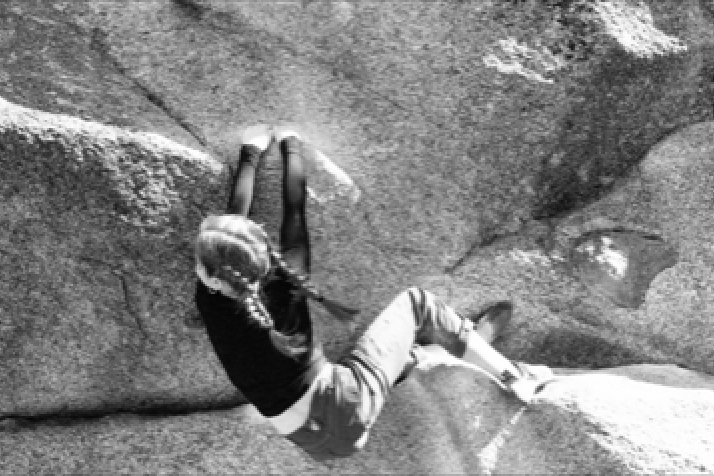 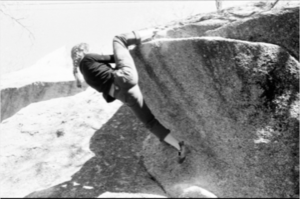 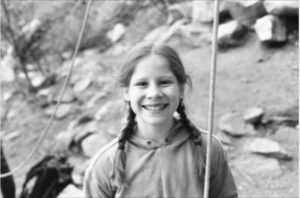 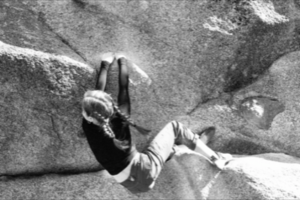 Aja Lindley is a 13-year-old climber living in Utah who has already shown a lot of promise in the sport. She was initially a competitive gymnast with an intense schedule. For six years, she trained for around five hours, five days a week. In the summer of 2018, her older brother picked up climbing from his college friends. That following September, he took Aja climbing for the first time. Climbing came quite naturally to Aja as the transition from gymnastics to climbing in regards to strength and flexibility tends to be pretty smooth. Eventually, in 2019, she quit gymnastics and directed most of her attention toward climbing. She would spend hours climbing at gyms with her brother and eventually her sister joined as well. Together, the three became an adventure triad, always climbing together.

In September of 2019, she qualified for the competitive team at the Momentum Climbing Gym. As a self-professed competitive individual, Aja says, “When I quit gymnastics and started climbing, I viewed climbing similarly to the way I had viewed gymnastics. I am especially competitive when it comes to sports, so I decided to go on the team and try to win every competition.” Before the pandemic, Aja remembered having far-reaching comp climbing aspirations. She had goals to go to the Olympics and train to be the best climber in the world. However, the COVID-19 pandemic changed her mindset about climbing. 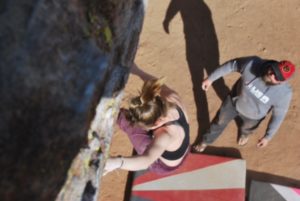 Aja ended up quitting competitive climbing. When the pandemic occurred, all the climbing gyms shut down, and this gave her a lot of time to think. She watched videos and read articles about outdoor climbing which inspired her to switch her focus. She still wants to be the best climber she can be but has stopped competing and comparing herself to others. Her goals shifted from sending hard gym problems to focusing on possible outdoor projects around the world. During the summer of 2020, she would go into the canyons every other day with her siblings, set up routes and just hang out. “Sometimes the climbing wasn’t even that fun,” Aja reflected, “but just spending the day with my two favorite people in the world doing my favorite thing in the world just made those days a lot more fun than they probably were.”

Moving Forward and into Normalcy 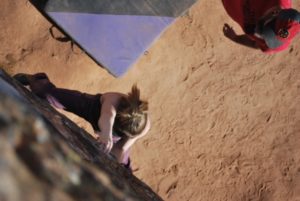 More people took to the outdoors during the pandemic because it served as a safe way to recreate during the pandemic. Climbing has drastically increased in popularity over the last couple of years and is still a growing sport with its recent introduction to the Olympics. For Aja, her permanent outlook on climbing has changed for, hopefully, the better. “For me, it’s really changed because it’s not a competition anymore. It has grown into a fun hobby that can give me the experience of a lifetime. I think that will stick with me for the rest of my life.” Climbing seems to have transcended past being merely an activity or sport, to something that can provide fulfillment in multiple facets of her life. With things seemingly returning to normalcy, Aja has begun climbing at gyms once again but is mainly focused on her personal objectives outside. 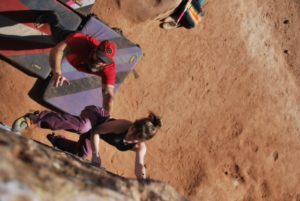 The rising popularity of climbing has been largely supported by many people in the community. However, there are still those who view this new popularity as a negative. Many people now complain about overcrowded gyms, overcrowded crags (especially during the pandemic), or just a general influx of new people entering the sport. Aja has observed that “there tends to be two different groups of climbers. Sometimes there is a group of people that are kind of gatekeeping and not very welcome to new people who join a sport. Then there is another group of rad climbers who are just open to everyone and want everyone to have a good time climbing.” Being around the more negative and gatekeeping group as a new climber can be very discouraging. Trying a new sport is already an intimidating endeavor and feeling like you are not welcome can enhance this intimidation. It is impossible to reach your full potential or even full enjoyment when your mental state is clouded by all of these external factors. Most people who regularly climb would agree that it is an activity that has brought immense fulfillment to their lives, so, as a community, we should be encouraging and facilitating others to have this experience as well. No one has a claim or should have a sense of possessiveness over a sport simply because they have been doing it longer.

In the wake of the Black Lives Matter protests last summer, many outdoor communities have been forced to become more introspective about the barriers and exclusivity that exist in their sport. Climbing is not explicitly exclusive, but there are still many barriers that a lot of members in the community do not seem very motivated to tear down. It can be hard to join a sport if you feel like an outsider and are unable to see any representation of yourself within that sport. For anyone in a minority community, there are already so many mental barriers to climbing without even thinking about physical access to the sport. As members of the climbing community, it is our duty to acknowledge these barriers and facilitate ways to ease access into the sport. It can be as simple as creating a warm and welcoming environment. “We really should be welcoming to any new climber and make them feel comfortable and feel like this is a place where anyone is welcome. Because anyone can do anything no matter their background. The best thing everyone can do on an individual scale is at least make them feel welcome.” On a smaller scale, inclusivity is about awareness of barriers that minorities can face with access to climbing. Creating a welcoming and comfortable environment for minorities is a huge first step.

It is encouraging to see a young climber have such a healthy mindset about the sport. Aja seems to have made the transition from treating climbing as a competition with others, to a reflection within herself and how she personally can become a better climber. It is also motivating to know that a climber this young still maintains an awareness of inclusivity problems within the climbing community and is thinking about ways she, as an individual, can drop some of these barriers. I am excited to see where her personal climbing career takes her, as well as witness the impact she can have on the community. 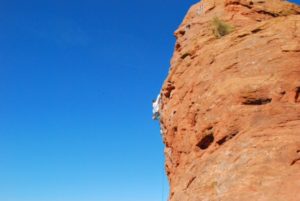