Who Helps When You’re Hurt in a National Park? 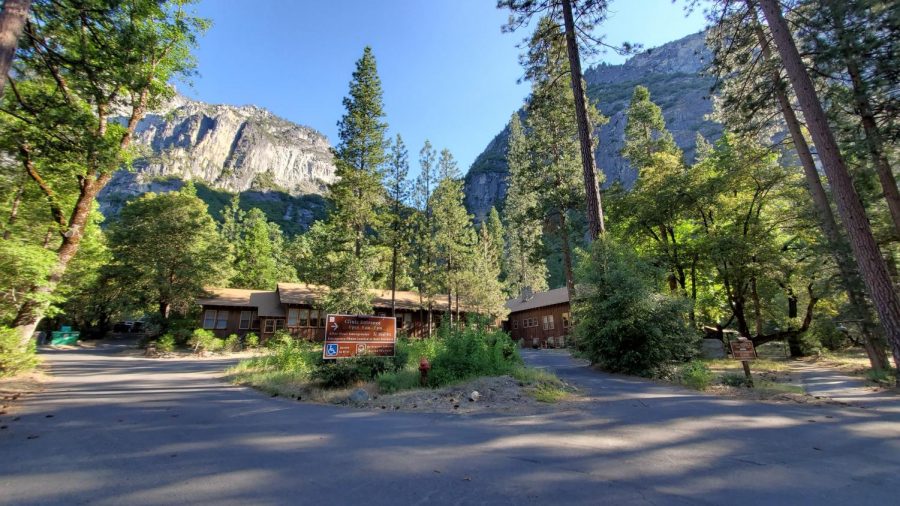 Between the first and second years of medical school at the University of Utah, there’s a 12-week gap from mid-May to the beginning of August that demands to be optimally filled. It’s often framed as the last free summer you’ll ever get in your medical training, so the pressure is high to come up with something that will further your career and supply much-needed relaxation. While many students do research in their future fields, spending summer days pipetting solutions or interviewing patients, I decided I needed to do something different.

Wallace Stegner, a renowned author and former Utah resident, once said that our national park system is “the best idea we ever had.” I tend to agree — the national park system is truly something special. National parks exist to protect vulnerable land and promote reflection, recreation and respite. They’re the perfect places to think about what you’ve experienced and what is to come all while in a setting that speaks to the endurance of time. Being there is often a sublime and transformative experience, something I craved after a long and difficult year. So, I decided to spend my summer visiting a handful of parks across the United States that I hadn’t been to before, exploring how medical services are administered in the parks along the way.

I began my summer in Yosemite in May while it was still snowing. I was lucky enough to get a spot volunteering at Yosemite’s in-park clinic and lived behind the clinic, right in sight of Half Dome and Yosemite Falls. The Yosemite Medical Clinic operates during the week to take care of Yosemite and the surrounding area’s residents, urgent care issues in the park and aids with more emergent situations that may arise. The clinic used to be a full hospital (and some people I met recalled being born there), but has cut down its services over time. The park also has an emergency medical service that can help assist and transport patients from the park out to more advanced medical care. For the most extreme situations where someone needs medical aid far into the backcountry or on the face of El Capitan, Yosemite’s famed search and rescue team is the answer.

National parks are federal land, and so the services administered within them, including medical care, are usually federally sponsored or contracted out. The Yosemite Medical Clinic is staffed by volunteers and by Public Health Service employees, whose commissioned corps (like the military in many respects) administers medical care in prisons, for various federal agencies, on reservations, at a few national parks, in VA hospitals and more. Few national parks have in-park medical services (the Grand Canyon and Yellowstone are the other two most notable ones). A few other clinics are right outside the park entrance (as in Glacier and Grand Teton).

The reason for medical clinics inside and near parks is clear — outdoor recreation isn’t without risk, and because national parks are usually expansive tracts of land with little development, medical services aren’t always within easy reach. Nonetheless, national park clinics are facing the same threat that many rural hospitals are — closure. These clinics are not incredibly lucrative businesses. This frustrating problem can leave people who live and work within parks without healthcare and also leaves the parks with the problem of having to have another organization do medical certifications and checks for search and rescuers, wildland firefighters and park rangers. Visitors, too, are forced to go elsewhere when there’s no nearby clinic or when their insurance isn’t accepted by the in-park clinic, which prolongs the time before they’re seen for sometimes serious problems from hours to days.

Most parks have emergency medical services. Park rangers additionally trained as paramedics help meet the medical needs of visitors. Emergency medical services (think paramedics, ambulances and helicopters) can help fill in the gaps regarding triaging and transporting patients in need of urgent medical services, but cannot comprehensively treat people or treat them long term. The usual problems of wilderness medicine apply, where remoteness and lack of resources mean the acuity of small issues can increase with time and become more costly and detrimental. Strangely, the lack of comprehensive medical services can occur even in parks that have the resources to offer concessions and campgrounds. It’s advantageous to visitors and residents to have sources of medical care in the park, but sadly, the national park clinic seems to be a dying breed.

So, where does all this leave you if you get injured in a national park? It’s good to know beforehand what types of medical services a park has and where you should go if you need emergency services (inside the park or out). Park rangers, of course, can help you with this information, and often it’s included on the map they give you at park entry. It’s also a good idea to know your insurance policy and where it’s accepted before you travel so you don’t get slammed with a huge bill to add insult to your injury.

If your situation is really emergent and you have cell service, you can call 911 within a park and a local dispatch will usually be able to send an ambulance to you. Satellite beacons and phones can also be good methods of calling for help, especially if you’re staying in a remote area for a longer period. Park rangers can also radio for help if they’re nearby. Expansive parks with a lot of backcountry area have coordinated search and rescue teams that can help locate and assist people that are stranded because of medical problems, whether that be because of a rock fall on El Cap or because you were dehydrated and wandered off-trail in Arches.

Search and rescue services in many parks are covered and will provide additional emergency medical services, so don’t hesitate to try and get help if you’re in dire straits. As with other situations when you’re off the grid, taking preventative measures like letting someone know your itinerary beforehand and using appropriate safety precautions can help you get found should you need medical help. Letting your group know about any allergies or medical conditions you have before setting off on a national park adventure is also a good idea so your friends can be aware of how you may need help and inform others for you, if need be.

A huge part of being safe in national parks is sticking to signage and rules. It may seem like a good idea to duck the chain and get that unobstructed selfie off that cliff, but in a lot of cases, the reason the chain is there is because someone has fallen to their death from that very spot. The same goes for signs at the bottoms of waterfalls or swift-moving rivers and warnings about getting too close to wildlife. I was shocked during my time working in Yosemite at just how many deaths we saw in one month, and at how many they see on average per year (in the double digits). Many of these deaths are due to entirely preventable causes. Yosemite is seemingly always in the news for one or the other of these incidents, most recently when someone slipped to his death at the base of a waterfall and a when another woman fell to her death from Half Dome.

Beyond making sure you’re following park rules, making sure you have the right gear and that you’ve checked your gear for safety before heading off for a national park adventure can also save you a lot of heartache. Climbing accidents from faulty gear happen with some frequency across parks. It’s wise to examine not only your own gear, but any gear you may be relying on. A college schoolmate of mine tragically died while climbing after apparently relying on what appeared to him to be the fixed line, but was instead an old fixed line that another climber had partially removed. People also often die when they’re lost without the right gear to prevent exposure from the elements. Packing a good, activity-specific med kit and knowing a few first-aid skills before you set out into a park can also help you be prepared for medical situations that might arise.

Additional information about park-specific dangers can usually be obtained from rangers and park websites. Especially as we head into winter, a lot of parks have additional safety precautions based on the weather. It’s always a good idea to check in with the rangers at the park visitor center even if you’ve been to the park before because they have the most up to date information on what’s closed, areas to avoid and extra safety measures you may need to take along (like additional water or a can of bear-spray). Plus, it doesn’t hurt to get some postcards to show your friends where you’ve been.

National parks are incredible places to visit. Most of the things you need to be safe in a national park are easy and simple to do. While in parks this summer, I (safely) saw eight grizzly bears, countless waterfalls, stunning glaciers, beautiful vistas and unforgettable sunsets. I also learned a lot about rural and wilderness medicine and how difficult practice in resource-limited places can be, especially with the threat of closure bearing down on smaller practices. I also learned how important medical care is to the communities that live around and operate national park services.

What I hope to convey from my summer of experiences in national parks is bi-fold. First, when you’re in a park, make sure you’re watching out for your own and others’ safety. Call people out when they’re doing hazardous things — you may just save their life. Second, advocating for and supporting rural medical services is of vital importance for anyone who likes being in our country’s wild places. These services support your experience by making it safer, and keep the people who operate parks healthy and able to do their jobs. With these ideas in mind, you should go and enjoy a national park near you! If you do it right, it just might change your life.