Why We Need the Outdoors: The Psychological Benefits 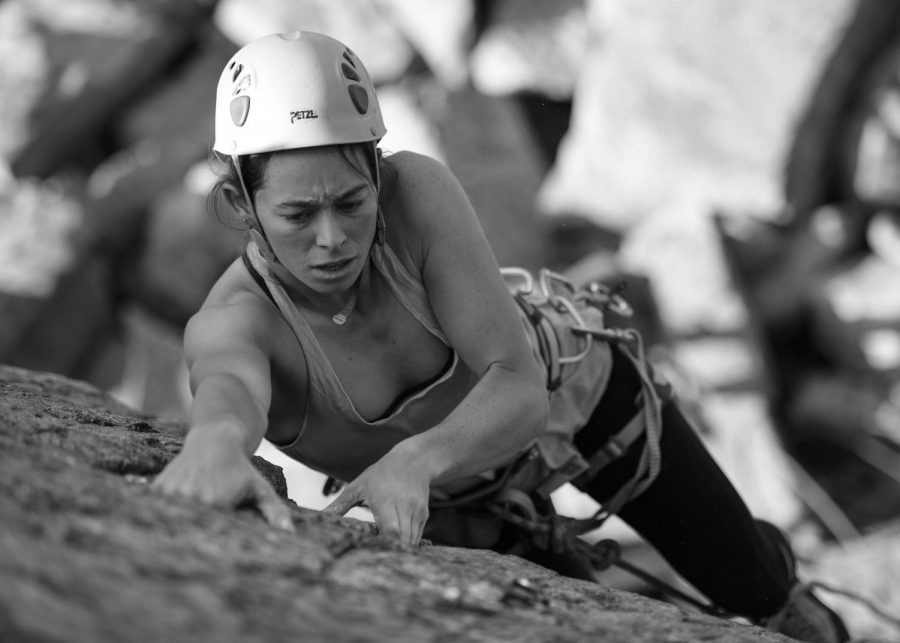 Most Utahns wouldn’t be hard-pressed to admit that they enjoy nature. From simple walks by the foothills to ski slopes, slot canyons, lakesides and more, people here are drawn to natural locations. Even images of places that appear totally barren still find a way to 0ur computer screen savers and social media accounts. But what is it about these places that make us crave them? Why do humans psychologically need the natural world? In the last several decades, scientists have begun to unravel the complex and sometimes abusive relationship between people and nature, and a number of these studies have come from our very own University of Utah.
Out of our Element
Roger Ulrich, Ph.D., is a doctor specializing in healthcare architecture who uncovered how important “green spaces” are for patient recovery areas. Over the course of a decade, Ulrich studied patients recovering from surgical operations. He found that people in rooms with window views had shorter recovery times, asked for fewer painkillers and scored higher on evaluations by nurses. And Ulrich is not alone. “Green spaces” have been shown to provide benefits that go beyond having a tidy garden (Lee & Maheswaran, 2011).

Green spaces — or places containing natural environment elements — in urban areas have demonstrated a vast capability for benefiting all levels of society. The changes are sometimes tangible, like lower rates of crime, and sometimes not, like increases in positive emotions (Lee & Maheswaran, 2011).

Yet, as urban areas have spread, access to green spaces has become increasingly privileged. Today, millions of Americans lack access to natural spaces. The results of this disconnect are still being determined but what is clear is that we are encroaching on an access crisis. A professor at the University of Utah who now teaches in the Biology department, Dr. Nadkirni, examined the effects of natural exposure on some severely nature-deprived individuals: prisoners in solitary confinement. These inmates were shown videos of nature and the effects were studied. Guards agreed that the treatment led to significantly less irritable, violent and more empathetic, calmer inmates, who themselves reported more positive emotions (Nadkarni, et al. 2017). Dr. Nadkirni and others have been critical in providing demonstrable results for why we need nature in our lives.
The Nature of Nature
At the University of Utah, in Dr. Strayer’s Applied Cognition Lab, research is being done on the link between mind and natural spaces. Three of Strayer’s graduate students — Sara LoTemplio, Amy McDonnell and Emily Scott — are now spearheading the work, which has been nicknamed the “nature lab.”

As Scott puts it, “there are two theories on the field: attention restoration theory that suggests spending time in nature restores attention, then there’s stress recovery theory that says spending time in nature promotes recovery of stress.” Scott’s dissertation focuses specifically on “both physiological correlates of nature exposure and neurophysiological correlates, changes in which might suggest that the two theories are more unified than the field makes them out to be.”

LoTemplio, McDonnell and Scott also assist each semester in Strayer’s Cognition in the Wild class which explores “how our mental experience is connected to the environment.” The class, which is open to all students, is a great opportunity for students to examine nature from the molecular level to Edward Abbey, an environmental advocate.

Dallen, a psychology student at the U, took the seminar one semester and now finds himself as a research assistant in the lab. He said, “nature seems to have gotten a lot right. It only makes sense that we can learn and benefit from researching its effects on our health and cognition. With ever-increasing demands for higher cognitive function in the world exploring attention restoration theory through cognitive research in nature, we may be able to tap into our body’s natural healing potential the way nature intended. Nobody teaches us more than our mothers, why not turn to mother nature to solve mysteries of attention restoration through cognitive research in the wild?”

For another researcher and Cognition in the Wild student, Shantel Parker, the class sparked her “love for the outdoors, and my budding interest in human cognition.” Parker said that “creating time to go into the mountains or just outside is incredibly important to me and has been my whole life. Hopefully, without sounding corny, I would say that if I don’t get that time I feel a little less human. Getting outside, I get to enjoy my time without feeling like a product where I have to sort of sell a bit of myself or have something sold to me.”

Scott is excited about the direction of their research, “it’s kind of an exploding field right now. There are lots of people studying the benefits of nature on the physiological level, on the behavioral level, and changes in cognitive performance.” However, the U lab is unique in that “a lot of other labs look at [nature] imagery and try to figure out is it the fractal pattern, the water or something else pleasing about the images. Something our lab does is bring all of our equipment outside and go down to the desert for multiple days at a time. Then, if we do see those changes in the brain or body in real-time, do the changes persist when we come back? It’s really just trying to get a sense of what the potential biomarkers could be. Then, do we see if those results replicate trip after trip,” Scott said.

The lab’s work has been recognized through publications like National Geographic and by their recent award granted by SHIFT for their contribution to conservation and public health through the many facets of outdoor recreation.

“As far as I know, we’re one of the few [labs] that are looking at changes in brain wave activity. One of the things I would love to link it to is the protection of public lands. Because we’re going out into this natural environment. Because it’s not a lab study and not based on imagery if there’s something unique that’s producing these changes in the brain that are beneficial for us, then it’s just another argument for why we should preserve them,” Scott said.
What We Do Outside
The sports and activities we do outside might be more than meets the eye. A humble hike can help restore our cognitive functioning (Bourrier, 2015). Exercise, in general, has shown to be key to improved functioning in many regards to our minds.

Yet interestingly enough, researchers have found that rock-climbing more closely resembles the cognitive states found in chess players than those found in football or basketball players. For avid climbers, this may not be a surprise. It is difficult to talk about climbing and not discuss “the mental game.” Climbers are aware, like any others who operate within known risk, that humans sometimes let their nerves sabotage them. One of the first lessons taught to children learning to climb is how to manage their fear in a productive way.

Gyms such as Momentum have even begun to offer classes dedicated to the mental and neurological side of climbing. Momentum, among other climbing gyms, has worked together with the U to expand the science of climbing. Through the work of Dr. Rand, this science has never been so tightly wound with the joy of climbing itself. Rand, a veteran climber in her own right, has been pursuing numerous experiments to further develop this burgeoning focus of psychological research.

Together, researchers can provide irrefutable and constant evidence of our need for wild places, or at least more parks. The University of Utah offers chances to not only participate in studies like these through the labs themselves but help dozens of undergrads organize their own studies through the office of undergraduate research.
Where We Go From Here
Many individuals working within the interdisciplinary fields concerned with examining the effects of nature on humans are energized by their progress. New methods in neurology allow for greater and convenient examination of the underpinnings of consciousness — which allows us to finally answer why we simply like walking through the woods. With continued work from people at the U and abroad, researchers are trying to protect this vital natural resource before we possibly lose something quintessential to humanity.

Research is hopeful at the moment despite the continued loss of many natural places, none more poignant than those lost right here in Utah. Experts continue to work tirelessly to prove something most people strangely already believe in some dimension. That there is something real, concrete and scientific to be gained from the outdoors. The multiplicity of nature shouldn’t be a barrier that discourages the booming area of research, but rather encourages a deeper understanding and appreciation.