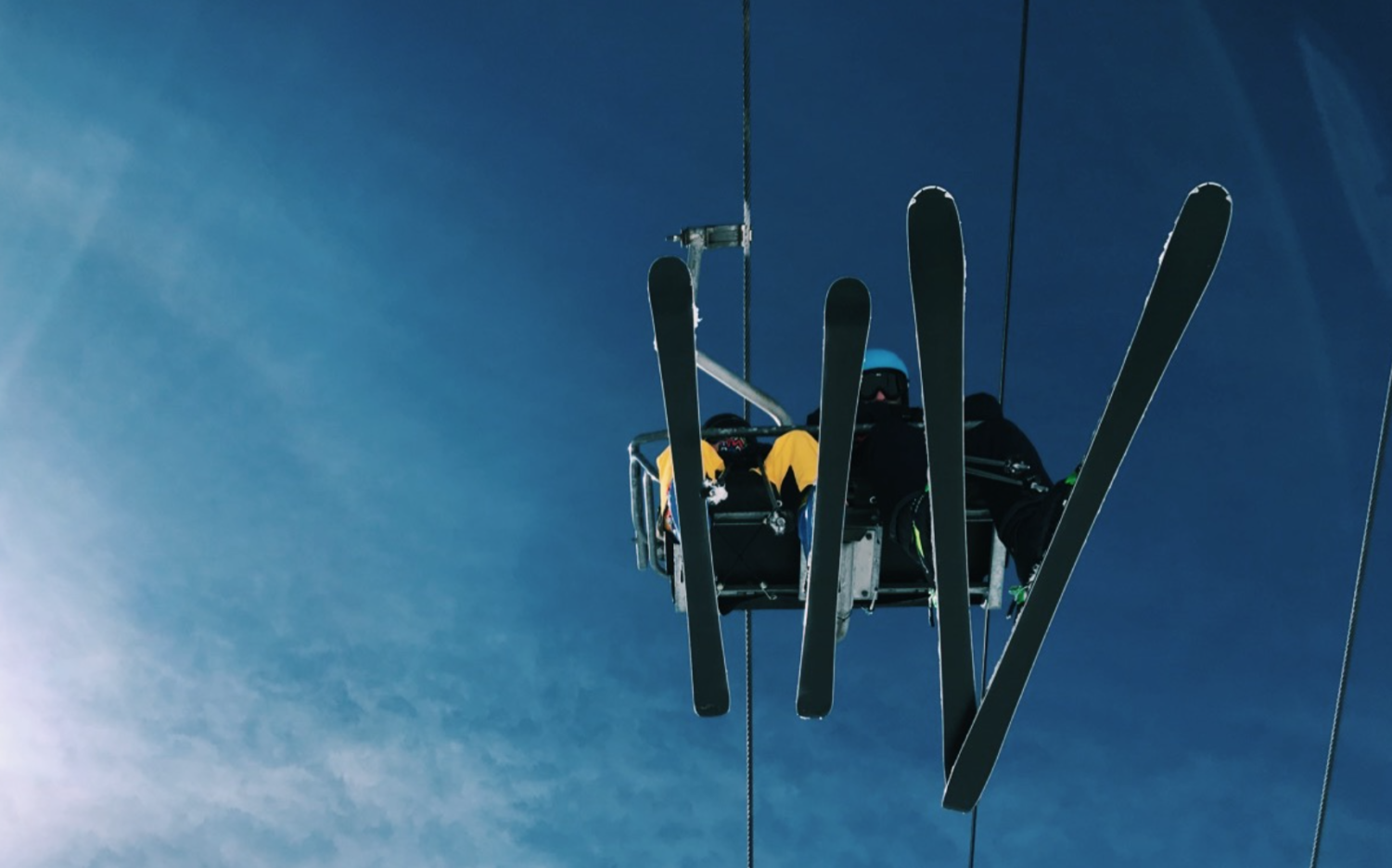 I don’t know about anyone else, but sore forearms are not something I would expect to experience the day after snowboarding – and falling, there was definitely some of that. Okay, there was quite a bit of that, but that’s not important. What is important to note is that I do not consider myself a snowboarder, at least not yet.

I grew up skiing from the age of 4 because, in a small resort town like McCall, Idaho, where winter weather claims nine out of the twelve months of the year, options for activity are fairly limited. You either embrace the snow or turn to hibernating like a bear, and in my family, sitting on the couch and watching TV five hours a day was never an option. Which I am grateful for, despite the many ski days that either started or ended in tears. A toddler can only endure so many “Just turn!” from their exasperated father teaching them the difference between “pizza” and “french fries” as they slip and slide their way down the face of the mountain before having an emotional breakdown. But like I said, deep down I’m grateful for it. It builds character as they say, or whatever. Anyways, going back to my sore forearms, this just goes to show how much I don’t know about snowboarding. 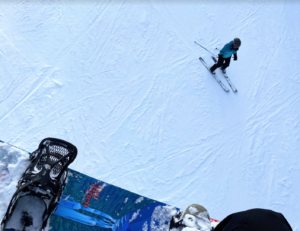 I pride myself on being a fairly logical person, but I could not for the life of me come up with a reason why my arms, of all things, would be sore after snowboarding. Now, my backside and knees were a different story. I didn’t need logic to tell me why I had bruises in those areas. I later came to realize, after my snowboarder friend gave me the answer to my discomfort when I was continuously complaining about it, that the reason my forearms were sore was a simple one. It was from all the times I had to push myself up off the ground from a sitting position after the process of reclipping my boots into the bindings on the board once I was off the chairlift. As a practiced skier, a thought like that has never crossed my mind because skiers rarely use their arms! At least not to the extent that snowboarders do. From this experience, I gained a newfound respect for boarders (and for upper body strength) and an appreciation for the fact that skis are, or should be, attached to the rider at all times.

That’s not to say that I didn’t respect snowboarders before I “became” one, but if you are a part of the snow sports crowd here in Utah, or anywhere for that matter, you are no stranger to the friendly competition between skiers and boarders up on the mountains. But is it really a friendly competition, or a “friendly” competition? Everyone has their “side” or “team” in the debate of “which one is better?” and that’s predominantly just based on which one you grew up doing or learned first. On the daily, it’s easy to make the jokes and take the digs from friends coming from both sides, but it becomes a lot harder to blur the lines and think of either one as a valued and unique snow sport when certain stereotypes become the truth. Skiers can sit around and say that boarders “ruin” runs by heel edging all the way down, and boarders can chat about skiers being entitled snobs (fair assumption if you’ve ever been to Deer Valley. Just kidding … kind of). If I’m being honest, there have been times where I’ve had both of these thoughts myself. The thing that some people forget is that these opinions aren’t accurate for all, or even most, snowboarders or skiers. There’s a reason they’re called stereotypes.

The one real issue that I see happening between the skier vs. snowboarder mentality is that there are still certain resorts, such as Alta and Deer Valley, that only allow skiers to go on the mountain. I think that the snow sports culture has come a long way since the late sixties – when snowboarding was invented – in terms of being accepting and inclusive of snowboarding while trying to incorporate it into the “ski” culture. However, there is always room for improvement. 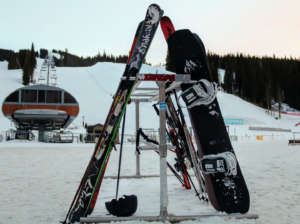 I don’t know enough about the issue to make an accurate statement as to why some places still only cater to skiers and not snowboarders, but I do know that stepping into different shoes – literally – made me even more aware of the valuable differences between snowboarding and skiing. Yes, we are all “shredding” the same mountain (most of the time), but the means by which we do it only help make us part of an individualized culture. And if you think about it, the next time one of your friends makes a snide remark about you choosing to do one snow sport over the other, maybe, just maybe, it’s because they can’t do what you’re doing. Some food for thought, and possibly an argumentative point if you can’t come up with a wittier comeback the next time someone rags on you for skiing or snowboarding.