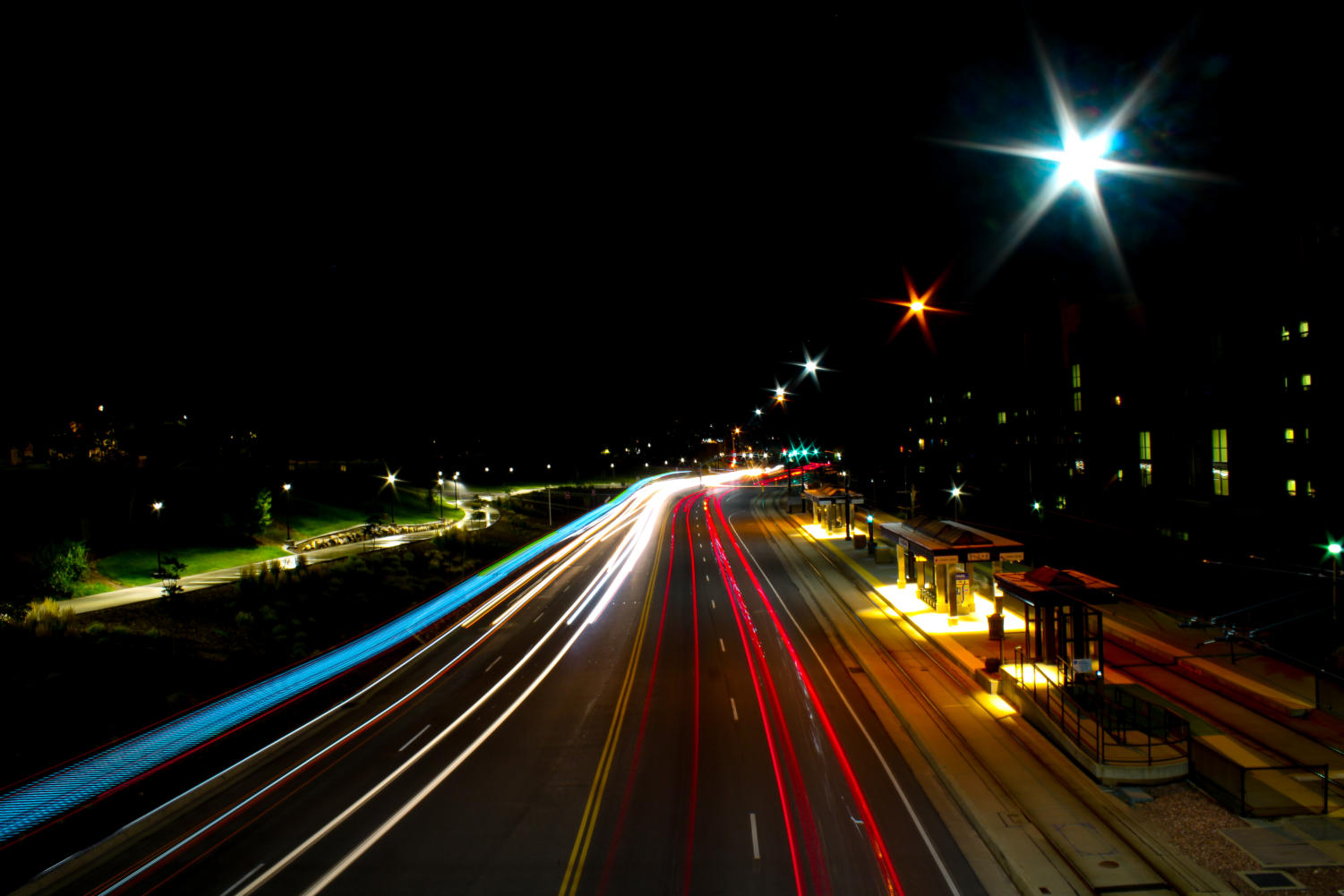 The Dangers of Noise Pollution in Our Modern World

Noise. It’s a word that we all know and usually brings unwanted connotations. Although our understanding of what noise is or might be can vary, there is normally a general consensus that it includes some sort of unwanted sound — a screaming infant, a car screeching down the road, the roaring engines of airplanes in an open airfield. However, despite variation in what types of sounds we may identify as noise, there is a growing and pervasive world of noise that becomes increasingly unnoticed and largely ignored in our modern world. As such, the topic of noise pollution is becoming increasingly prevalent in today’s society.

Perhaps one of the most unique dangers of noise pollution is that it (unlike many other types of “visual” pollution) is rarely noticed immediately.  The longer one stays or lives in a particular place, the longer one becomes accustomed to their surroundings. In densely populated urban areas, noise pollution is likely quite prevalent, and yet the average person usually accepts the noisy traffic, the idle chatter, and the loud construction sites, without much thought. Our sonic state of awareness only increases when one intentionally listens to all of the objects in their surroundings or makes some effort to distance and remove themselves from such surroundings and make a genuine comparison of the soundscapes in which they exist.

One of my defining experiences of realizing the potency of noise pollution occurred a few years ago. Having just recently moved to Salt Lake City in the summer of 2019, I decided to go on an evening hike at the Living Room Trailhead along the Wasatch Mountain range. As someone that had previously lived in the flatness of the Carolina coasts for my entire life, the venture to these mountainous, urban outskirts proved to be a welcome contrast. I still vividly remember how, as I made my way up the trail, I slowly began to realize the true physicality of sound that I never experienced before. It was as if the sound itself was like a vehicle, slowly but steadily receding into the distance. I remember hearing the city traffic, the screeching tires, and many other urban commotions, and I just couldn’t help but think “so that’s what it really sounds like,” as if my previous perception of these sounds was now revealed to be a superficial veil, densely distorting the listener’s view until they physically drove themselves from this epicenter of sound. 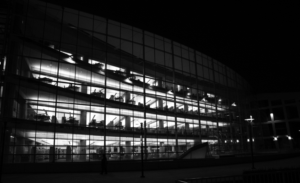 This sort of experience is certainly not new or groundbreaking; I suspect that many would describe similar experiences whenever leaving loud or noisy places. However, the significance of noise pollution is not the same as simply leaving a noisy room or going into the soundproof booth of a recording studio. Like many other types of pollution, it is organic, dynamic, and dependent on our decisions and actions as a society. If I leave a noisy building and enter the one next door, I am ultimately not really leaving the source of the pollution, but merely mitigating the effect that it has upon me. As such, noise pollution is in an ever-changing state, largely dependent upon our societal actions and decisions (or lack thereof).

Evidence suggests that noise pollution is on the rise, particularly in Salt Lake City. A recent report from KSL News Radio brings attention to the increasing presence of extremely loud cars inside the city (most often due to altered exhaust systems), leading one resident to claim that the noise pollution in Salt Lake City exceeded that of the many cities they’ve lived in. Such situations are far from uncommon in condensed urban areas around the world, with a potential for never-ending exposure to these harmful circumstances.

There is a growing concern amongst scientists that the rise in noise pollution also impacts wildlife, potentially leading to drastic changes in animals’ behavior, psychological health, and likelihood of survival. Recent studies show that high levels of noise pollution can endanger animals that rely on acoustic signals to communicate and survive, making these animals more vulnerable to predators. Animals that rely on echolocation (such as bats and dolphins) become unable to hunt and navigate if there is a high amount of noise and interference. Even aquatic animals such as fish larvae, which are drawn to sounds of the coral reef, are at risk of not finding a suitable habitat with high amounts of noise from ships and other similar sources. If these animals’ ability to communicate is hindered, they are in grave danger of not sustaining their population. 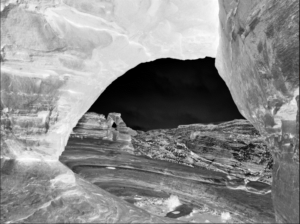 Scientific data also suggests that noise pollution can have long-term effects on our physical and psychological health. The World Health Organization classifies noise pollution as one of the most dangerous environmental threats to our health. The pollution is particularly serious in that the most serious effects have been suggested to occur when our bodies do not even notice the noise. Continual noise, even if tolerable, is known to trigger an acute stress response, as shown in a study by sleep expert Dr. Orfeu Buxton at Harvard University. In the study, each participant was exposed to 10-second sound clips of different types of noise while sleeping.

Many of the sounds that we might naturally hear in an urban environment – talking, phones ringing, doors closing, construction sites, and city traffic – were shown to cause an increase in jagged patterns of neural activity. When exposed to such sounds for a prolonged period (i.e., when one is sleeping in noisy environments), the long-term effects might include an increase in stress levels, anxiety, depression, fatigue, and many other psychological adversities. The World Health Organization defines noise as any sound above 65 decibels (dB), and yet many sources of urban sounds well exceed this each day. Car horns measure around 90 to 100 dB. Near an airport, flying aircraft can reach around 130 dB. Constructions sites, including those using pneumatic drills, are around 110 dB. The nightlife in a densely populated urban area (bars, restaurants, etc.) can exceed 100 dB at times, and even a barking dog can reach up to 60 to 80 dB. In considering that the World Health Organization recommends exposure below 65 dB by day, and nothing above 30 dB at night, the outlook for prolonged exposure to these environments does not bode well.

So, what can we do to reduce the effects of noise pollution? As with many environmental issues, the first step is awareness. Despite the magnitude of possibilities that noise pollution might affect us, the truth remains that many are still unaware of how, when, and where they are being affected by such pollution. Solutions to become more aware need not be overly ambitious or drastic — every small step counts. Go on the occasional hike on a trail, take the occasional stroll and find a quiet place in a public park, or try spending a weekend in the backcountry away from all of the urban life. If you know that you will be exposed to loud and noisy sounds for a prolonged period (such as being near a construction site, or a sporting event), consider wearing earplugs for at least part of the time to mitigate the possibility of long-term effects. Although the existence of noise pollution itself is expected to only increase as our world and use of technology becomes more urbanized, there are a wide array of ways in which we can act to lessen the effects that it has on our physical and psychological health. So venture into the wild as I did, and maybe you will discover what the idea of peace and quiet truly sounds like.

Downtown SLC: Like highways, it is no surprise that densely congested urban areas also contain a high amount of traffic.  One of the most common places to find noise pollution in urban areas is at intersections like these.  It may not seem too significant when passing just through, but could you imagine spending an entire day in such a noisy place?

Underneath I-80 Bridge: The accumulation of noisy traffic from highways such as these is a major source of noise pollution.  Families and individuals that live near busy highways and other similar sources are naturally at a greater risk of long-term exposure the pollution.

Delicate Arch: When we get really far away from the noise pollution, the difference becomes almost immediately noticeable.  The Delicate Arch in the Arches National Park is well secluded from any potential sources of noise pollution.  Notice the difference between lack of background noise, and the clarity of the human speech (although being there in person provides a much better experience). 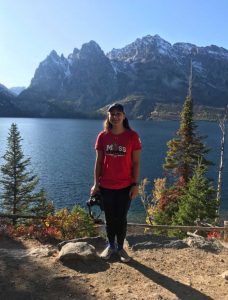